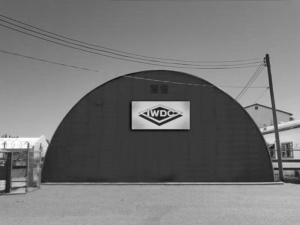 The Independent Welding Distributors Cooperative (IWDC) was officially formed on January 1, 1994. However, the IWDC’s story goes back much further than that, to the formation of the Independent Welding Distributors Association, which was formed in 1948. The I.W.D.A. was a buying group which, by the early 1980’s, became the largest unified welding distributor organization in the western United States, Mexico and Canada.

At the 1992 annual meeting, the main topic focused on defining what I.W.D.A. needed to do to be most effective for its Members. A steering committee reported on the concept of forming a “Cooperative,” and a unanimous Member vote authorized the committee to proceed with its recommendations. The IWDC was incorporated and on March 7, 1994, the membership voted to become a cooperative corporation retroactive to January 1. The purpose of the cooperative was stated as the furtherance of its membership through the manufacturing, warehousing, and distribution of welding and related industrial equipment and supplies.

“Most people just look at us and say it’s a buying group. Well, we’re very different than a buying group,” says Frank Kasnick, president & CEO of IWDC. “At the core we do buying, for sure, but there is more of a sense of ownership inside of a co-op. Beyond that we have a proprietary invoicing system, two regional distribution centers, two prevalent industry brands in Weldmark hardgoods and PurityPlus Specialty Gases, an online university and another half a dozen other programs that strengthen bonds between our Members and Vendor Partners.”

Twenty-five years after its incorporation, the IWDC’s goal remains the same: to create an environment that allows the Membership to either compete on an equal playing field with the national chains, or majors, or to have a competitive edge in the marketplace.

“IWDC is proud to do our piece in helping independents flourish,” Kasnick says.

To celebrate its 25th anniversary, IWDC developed a special anniversary logo and has planned special recognition events at both of its two key annual meetings.

Says Kasnick, “In recognition of our 25th we are redoubling our support for Workshops for Warriors.  Last year we raised over $27K and this year we set our sights to raise over $50K We are almost there!” 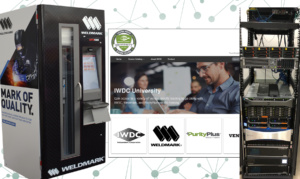