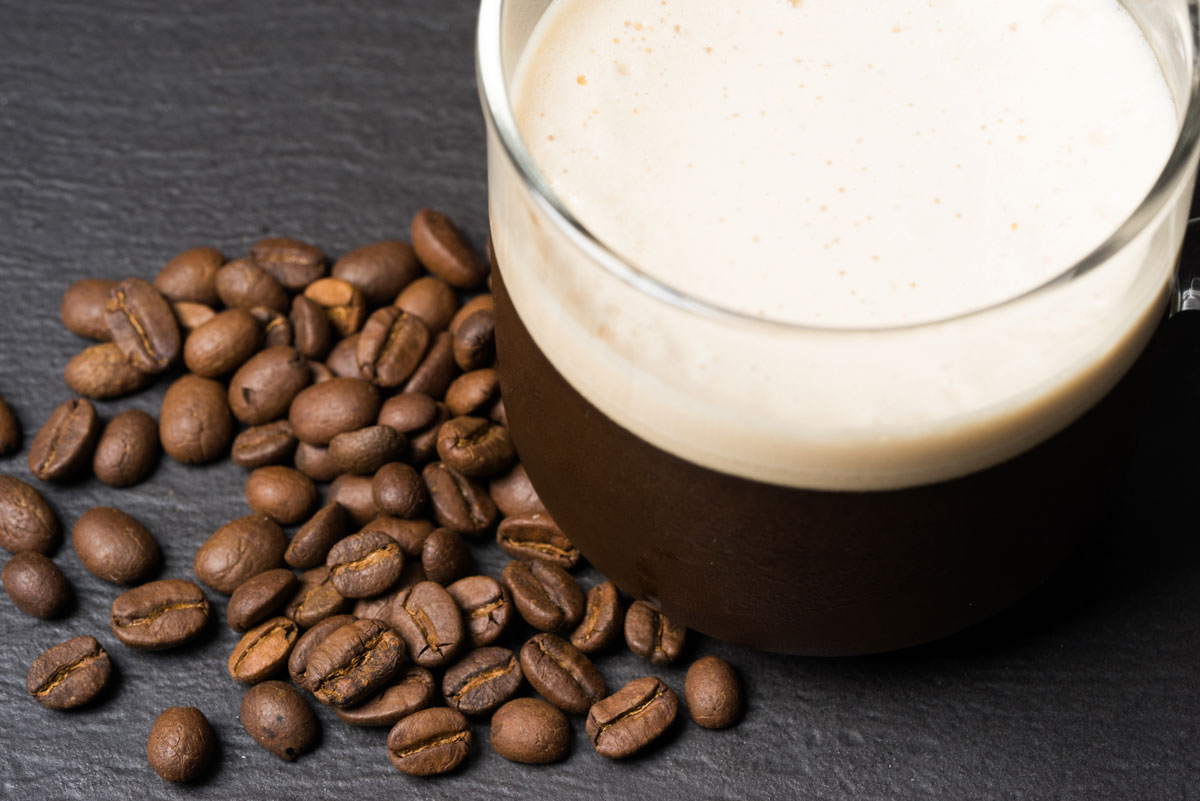 In the United States, everybody loves coffee. That’s not much of an exaggeration. According to a study from the National Coffee Association (NCA), 64% of Americans consume coffee every single day. An average American drinks 3.1 cups per day and, cumulatively, Americans drink 400 million cups of coffee every day.

So how does this impact the gases and welding industry? Over the past several years, a new trend in coffee has emerged. One that appears to be more than a passing fad. That is the rise of nitro brewed coffee.

“The market for cold brew and nitro cold brew coffee equipment has grown dramatically in the last two years. That’s been driven by strong customer demand,” says Matt Boettner, CEO of All Safe Global. “We supply open mouth ball lock kegs in the coffee field. Open mouth kegs are versatile because they allow the user to both steep (brew) the coffee and dispense it. Also, the steeping method is popular because it yields authentic flavors without concentrates or other processing.”

Nitro brew coffee is cold brew coffee that is stored under nitrogen and dispensed with nitrogen. The nitrogen gas is released through a pressurized valve with tiny holes. That high pressure forces the cold brew through the valve. The result is a creamy head, similar to a Guinness.

“The entrained nitrogen makes the coffee taste creamier,” says Bill Baker, VP of Business Development – Service Markets and Safety at Airgas, an Air Liquide company. “Adding gaseous nitrogen increases the surface area in the coffee, which brings out a sweetness.”

Though the exact origins of the drink are unknown, in 2015, both Cuvee Coffee of Austin, Texas, and Stumptown Coffee of Portland, Oregon, began offering nitro coffee in a can, according to Airgasthinks.com. 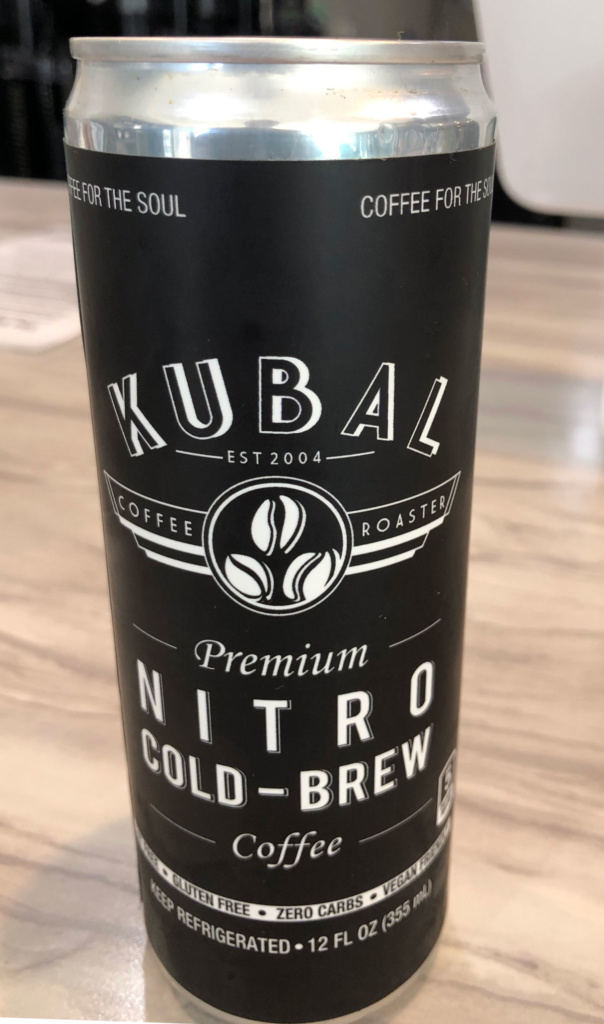 “The equipment to dispense the nitro coffee is specialized, so it likely would require some ‘scale’ to justify the investment in a retail establishment,” Baker says.

However, for companies who can’t afford to install the tap systems and kegs, there are other options to consider. One is the purchase of wholesale kegs of nitro brewed coffee that last for roughly a month once tapped. Another is to offer the beverage in cans.

“People enjoy a pour-over coffee versus a drip coffee,” says Anthony Tringale, account manager at Café Kubal. “You get a smoother, cleaner cup of coffee that way. With the nitro cold brew, it’s smoother, silkier, almost velvety. I think people enjoy that and prefer that taste.”

In December 2018, Starbucks announced that it would begin selling nitro coffee in all of its U.S. retail locations. At the time, the company had taps in about 2,500 of its roughly 8,500 locations. The announcement said that by the end of 2019, every location would have nitro brew on tap.

“We’ve been involved in this industry for three to four years,” Baker says. “Initially, we thought it sounded like a passing fad. But it seems to be continuing.”

In addition to its extra filtration, due to being a pour over rather than a drip coffee, nitro cold brew has found a market among Cross Fit athletes and other health-conscious consumers. Because the nitrogen unlocks the sweetness and creaminess in the coffee, it is served unsweetened without requiring cream or sugar additives.

“A Cross Fit gym in town would buy these by the case,” says Tringale. “People were working out and then enjoying it. The fact that it’s cold helps, but it’s not an energy drink, it’s not a flavored water. Coffee only has about three calories in a 12 ounce can and it gives you that boost of energy.”

According to BRUW, a company that sells cold brew coffee filters, coffee also has fat-burning properties that can cause fat cells to be used as energy, rather than glycogen. And the University of Illinois concluded that those who consumed coffee prior to their workouts experienced less muscle pain during the workout than non-coffee drinkers. Nitro brew also cuts the acidity typically found in most cold brews, making the beverage easier on the stomach.

A common misconception about nitro coffee is that it contains more caffeine than regular coffee. Part of the reason for that misconception is in the branding of “nitro” but another is that Starbucks doesn’t offer the product in their largest size. Many have speculated that is due to an increased caffeine content, but the true answer is much simpler. The surface area of the cup is too large, and the drink loses its “nitro cascade” at the venti size. “There is no more caffeine than any other cup of coffee,” says Tringale.

Another misconception is that the addition of nitrogen can make the product potentially unsafe, as is the case with “Dragon’s Breath,” a dessert made from cereal dipped in liquid nitrogen. 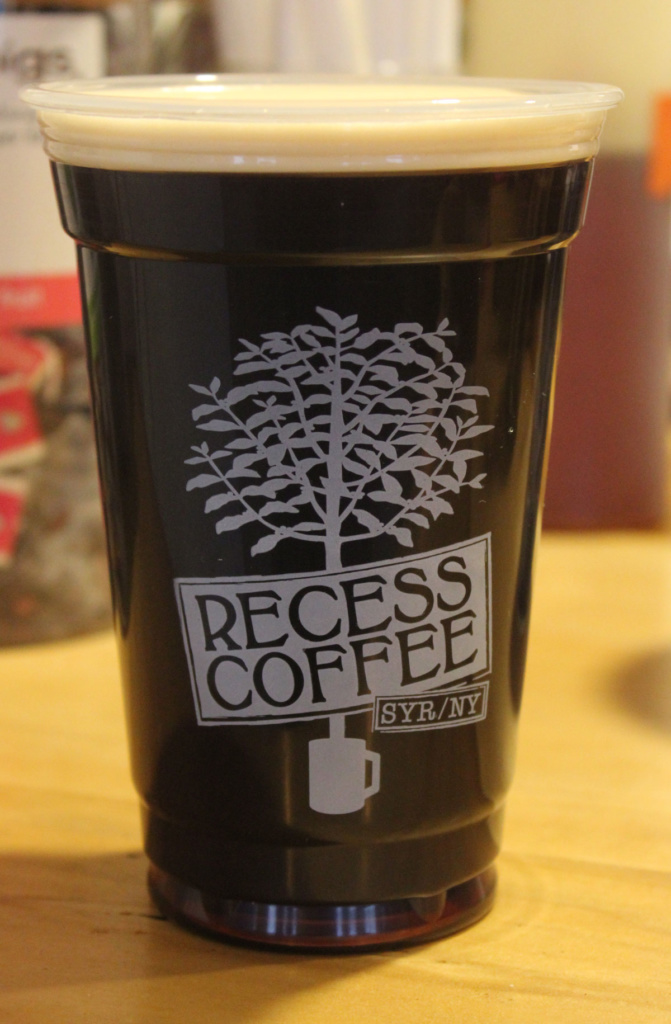 According to Boettner, there is opportunity available for nitrogen distributors to capitalize in this market.

“There are lots of restaurants, cafés, breweries and coffee shops that want to offer cold brew nitro coffee, but connecting with them can be a challenge,” he says. “Smaller distributors really excel at this. So, we at All Safe Global partner with them and system integrators to serve these customers. We always work with the gas suppliers to get the end user what they need.”

While breweries may have experience handling nitrogen for some of their craft beers, for most cafés and coffee shops this is an entirely new frontier.

“One of the big things we had to explain when we first started was the difference between food-grade and industrial nitrogen,” Baker says. “If it’s going into a product that is being consumed, it has to be food-grade. If you use industrial nitrogen for beverage applications, you risk adding unwanted impurities to the product. Most establishments who dispense beer are well aware of this distinction, but coffee shop owners new to using gases in their processes really need to keep it in mind.”

The other challenge is in managing expectations.

“These customers are often challenging to deliver to,” Baker says. “It was a bit of a learning curve explaining how to watch the inventory of nitrogen. You can’t just have the product go out and then expect that a delivery can be made immediately.”

But as this trend continues to grow, more and more opportunities will open up.

“I would say that the market for nitro is pretty flooded,” says Tringale. “Everybody wants it. So, the big players like Starbucks and Dunkin probably already have contracts. But where I think there might be a really good market for somebody who can provide the nitrogen or help with the process are local cafes and coffee shops that may only have a couple of locations.”