One of GAWDA’s charter members, Purity Cylinder Gases, has built its business on five core values.

The evolution and growth of Purity Cylinder Gases (Grand Rapids, MI) is closely aligned with the evolution of GAWDA. Purity was a charter member of the association, attending the first ever National Welding Supply Association (NWSA) meeting at the Hotel Van Cleve on November 13, 1945. However, the genesis of Purity goes back even further than that, when founders Edward Butterfield, Glenn G. Garman and Howard Sweet organized the company in 1938. Purity was incorporated into the state of Michigan in October of that year. The first ever store was opened at 721 S. Division Avenue in Grand Rapids.

Butterfield, Garman and Sweet were all involved in the formation of NWSA, with Garman serving as president of the association in 1950.

“GAWDA brings the best of the industry together,” says Doug Nyhuis, President of Purity Cylinder Gases. “The best partners and best practices. Together, we can be stronger than we would be on our own. It is a forum for networking, both with fellow distributors and from vendors.”

As NWSA continued to grow and flourish, so did Purity. In the mid 1960s, three of the distributor’s employees became new officers within the company. Glenn DeVries, Ken Nyhuis (Doug’s grandfather), and Don Wyngarden purchased the company from the original founders. These three officers began to build onto the solid foundation left by Butterfield, Garman and Sweet.

“The second generation really started that growth process,” says Doug. “They guided the company through several expansions of buildings, personnel and computers.”

Today, Purity has 15 locations throughout Michigan and Indiana, with more than 175 employees. Much of that size can be attributed to the groundwork laid by DeVries, Nyhuis and Wyngarden.

In the mid 1970s, Purity increased its Grand Rapids infrastructure and moved toward more independence. It added offices, expanded its filling capabilities, built an acetylene plant, purchased cylinders and installed its first computers.

Another milestone event in Purity’s history took place in 1980, with the purchase of Airway Oxygen, Inc. Airway sells and rents home medical equipment. Today, these two companies have grown to cover all of western and central Michigan and Northern Indiana.

The 1980s also saw Purity purchase adjacent property and introduce a new fill plant and hydrotesting facility and remodel its showrooms. Purity also expanded its use of computers to all users.

Through it all, Purity has stayed partnered with top brands in the industry to bring its customers the best possible equipment to partner with its top-of-the-line customer service and culture.

“We’ve been with Miller since Purity has sold welders,” says Nyhuis. “We’ve also had a strong relationship with ESAB from the start. And we began to really build up our relationship with Lincoln.” Other major supplier partners include Messer and Hypertherm.

The 1990s saw many watershed events happen within Purity. The first was the beginning of a partnership with Computers Unlimited. The second was the introduction of spec gases within Purity. And the third was Doug Nyhuis joining the company.

“I started my career here kind of on a part-time basis in 1990, while I attended school,” Nyhuis says. “I worked several jobs: painting cylinders, working in our fill plants, in shipping and receiving. You name it.”

When Nyhuis graduated college in 1994, he decided to come back to the company. However, if he expected to come into the company with a corner office and an executive title, he was quickly disabused of that notion.

“I ended up going and buying a pair of steel-toed shoes,” he says. “I got my DOT Drivers License and drove trucks for a while. I went back to the plant and worked there for a few years. About 2.5 years in, I moved up front and worked in our accounting department. I worked a little bit in our payables department. Really, I’ve worked everywhere. That helped me understand our entire business. It was a really good place for me to start my growth in the business.”

“I think you earn respect from the people who have been here a lot longer than I had been,” he says. “You’ve walked in their shoes. You can sympathize. And more importantly, you get a better appreciation for the job that all of our folks do. You understand what can and can’t be done. And when you suggest changes, you’re speaking from a position of experience.”

Purity is built on a foundation of five core values. “Our core values really define the type of person we’re looking for,” says Nyhuis. “When we sit down and we’re interviewing people, we really frame our questions around those core values.”

Those five core values are:

“Those are things that we look at when we hire someone. We always start with, ‘Are they a good fit for Purity, culturally?’ And then it becomes about getting them in the right seat to get started.”

He continues, “Culture is more crucial than ever. We focus on hiring people who fit our core values. We feel that this allows for better internal continuity and faster response times for our customers. Decisions can be made at the local level. I would say our culture is a corporate family. That’s why we’ve had such long-term employment.”

Purity is extremely proud of the fact that more than 60 people have retired after working the majority of their career at Purity Cylinder Gases. The company’s major source of new hires and recruiting is word of mouth from existing employees. Many of the current employees are the children or even grandchildren of retired employees.

“When we start looking at people who have retired here in the last five years, it’s been people who have been here for 42 years, 38 years, 36 years. It’s a pretty cool place to work,” Nyhuis says. “It’s a tremendous feeling. We’re so proud of what our founders stood for and what they taught the second generation. They realized how important people are. Making sure that you make time for them as far as education and training but also taking care of them in other aspects. And then they will do the same for the organization. It’s a great feeling. And it’s so fun to be able to see the second and third generation people working for us.”

One of the things that Purity prides itself on is its independence in the business.

“Independence, to us, means that we’re not so reliant on others to run our business,” Nyhuis says. “One example would be that back in the early 2000s, we began to purchase our own liquid transport trailers. Prior to that, the majors were always the ones making the deliveries to our customers. So even though we had the relationship with the customer, our suppliers were still in there making that delivery. We decided that it was important for us to be that main presence. So we invested in that.”

That push toward independence traces its roots back all the way to the 1970s.

“Before then, the distributor was really just an extension of the supplier and the majors,” Nyhuis says. “There wasn’t a whole lot of independence at that point.”

Many of Purity’s expansions were as part of an effort to become a true independent. In 2003, Purity purchased its first transport cryogenic trailer. Today, it has seven. The company has done two acquisitions (2012 and 2013) and seven scratch start-ups since 2001.

“Our industry is a bit disjointed. It’s important to us to build our capacity and be able to not rely so heavily on others to be successful,” says Nyhuis. “Also partnering with suppliers who value the distributor relationship has been very important. It helps build a stronger relationship. They recognize what the distributor brings to the table.”

Shift in Industry and What Lies Ahead

Dating all the way back to the 1970s, Purity has seen the writing on the wall with how computers and eventually the internet would impact our industry. Today’s customers are more tech-savvy than ever, and with more information instantly at their fingertips, they are also more educated.

“Customers often access more information before contacting us,” says Nyhuis. “It puts us in a much less strong position to make recommendations and adds to downward price pressure. We’ve definitely seen some erosion of hard goods.”

They’ve also become accustomed to instant gratification, or what some call the “Amazon Effect.”

“We are always concentrating on succession because that’s what is important to us,” he says. “We’re always developing people and we have this vision of this next generation eventually stepping into leadership roles over time.”

“It sends a message to the employees, customers and suppliers of our long-term outlook and stability,” he says. “Our sales reps continually remind our current and potential customers of it.”

While Purity Cylinder Gases has been around for more than 80 years, it has the strong foundation and strategic planning in place to ensure that the next 80 are even more successful than the first. 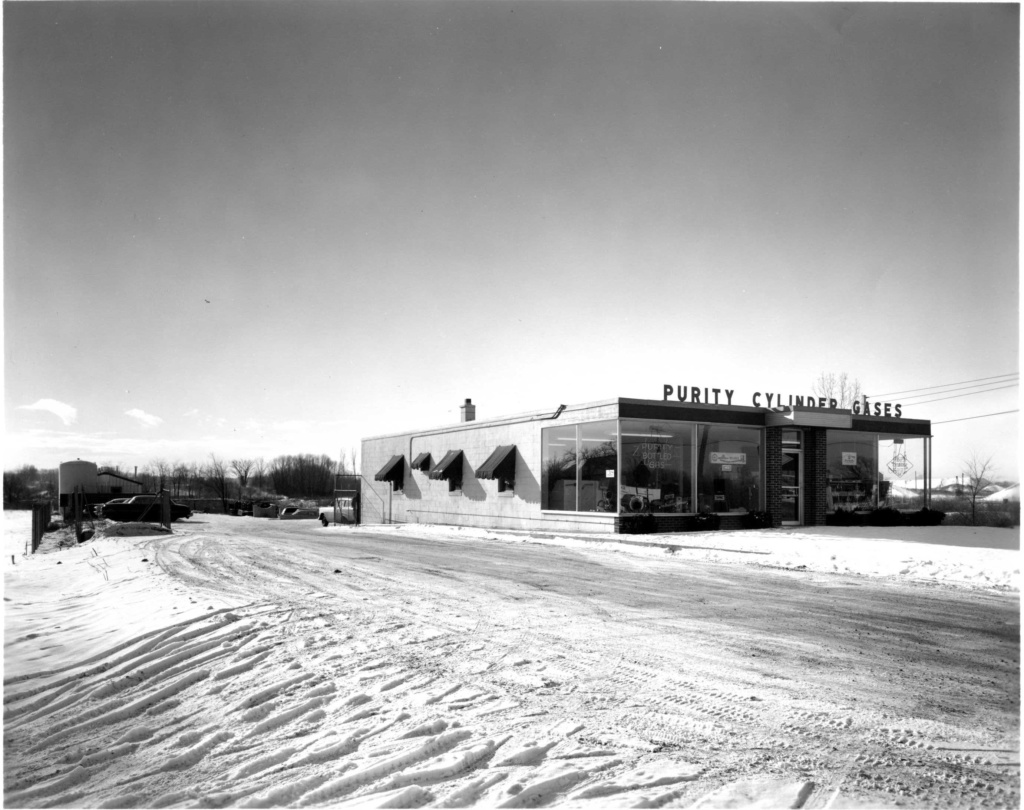 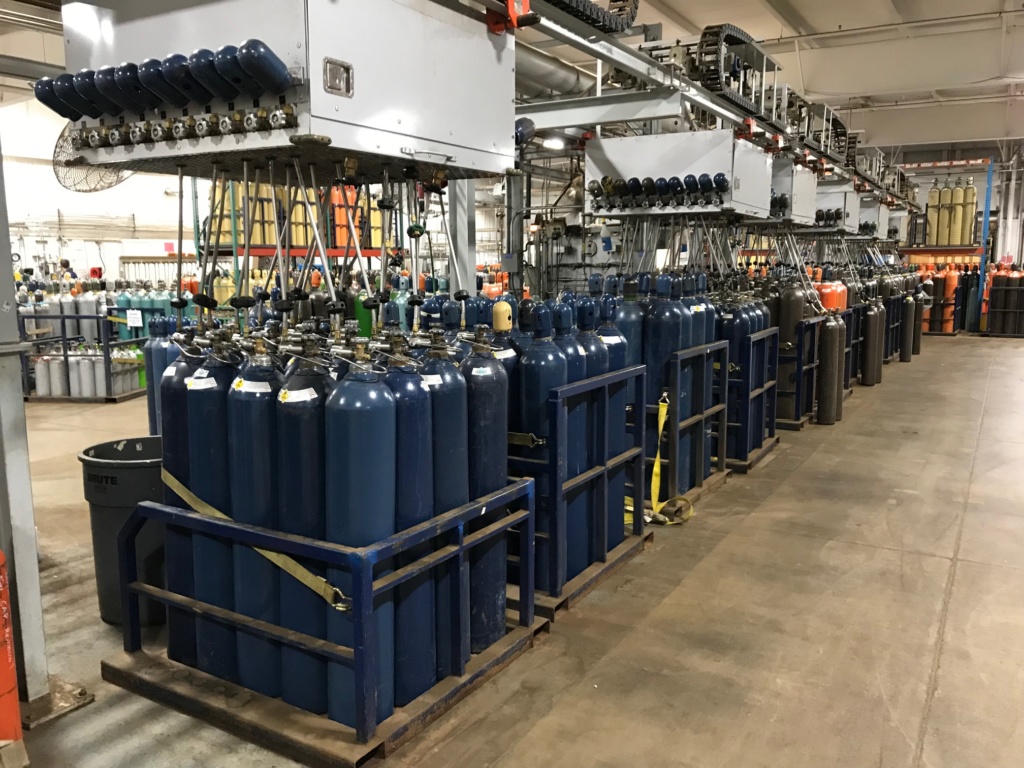 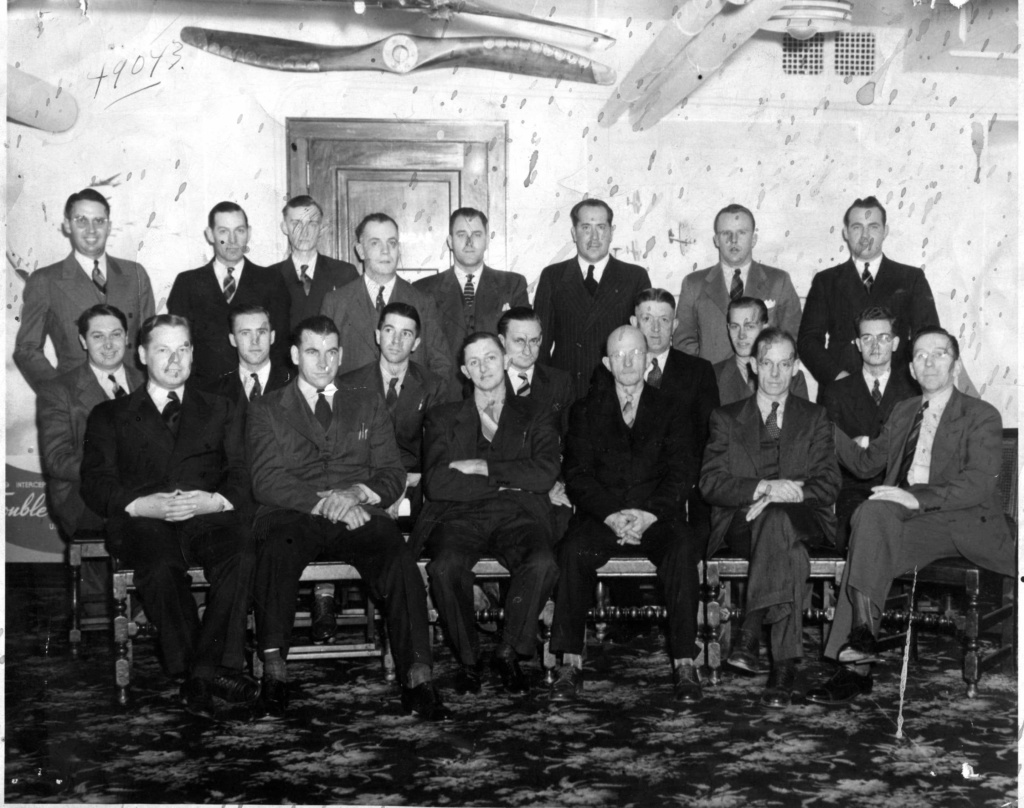 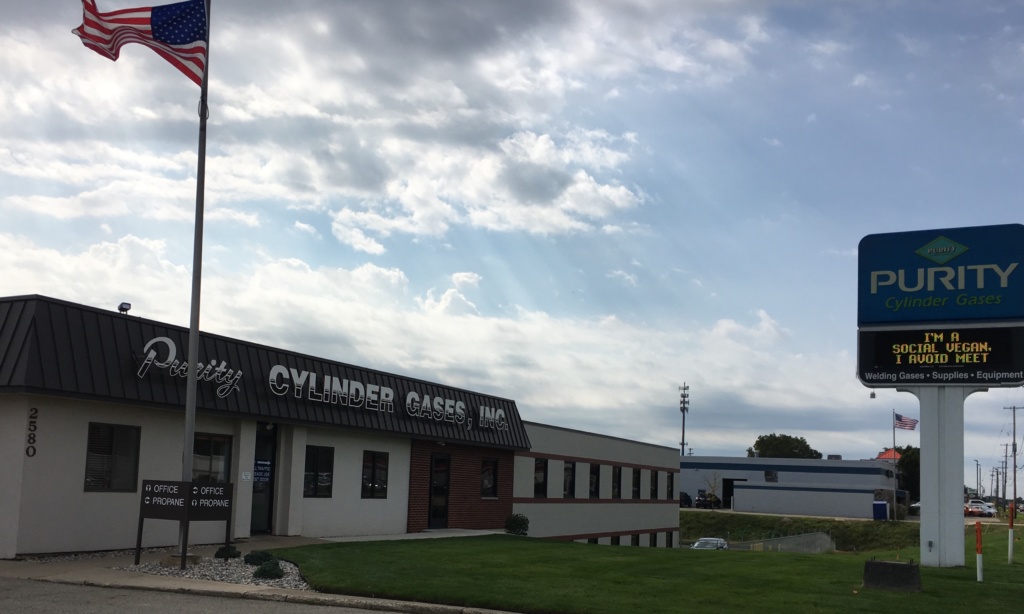 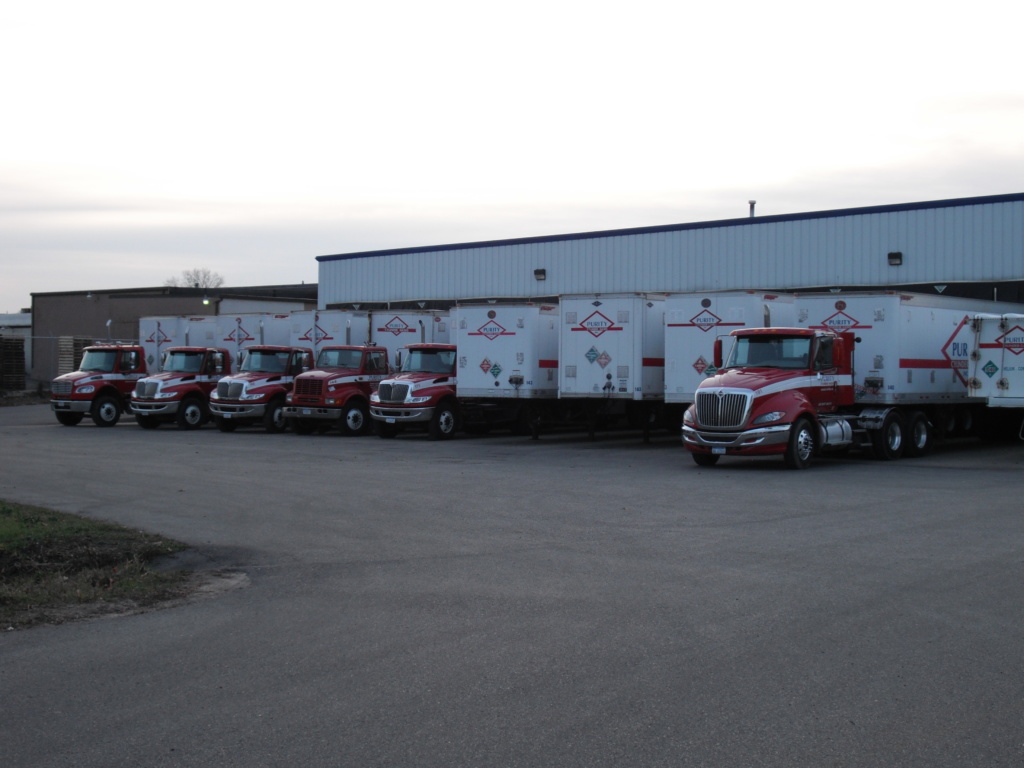 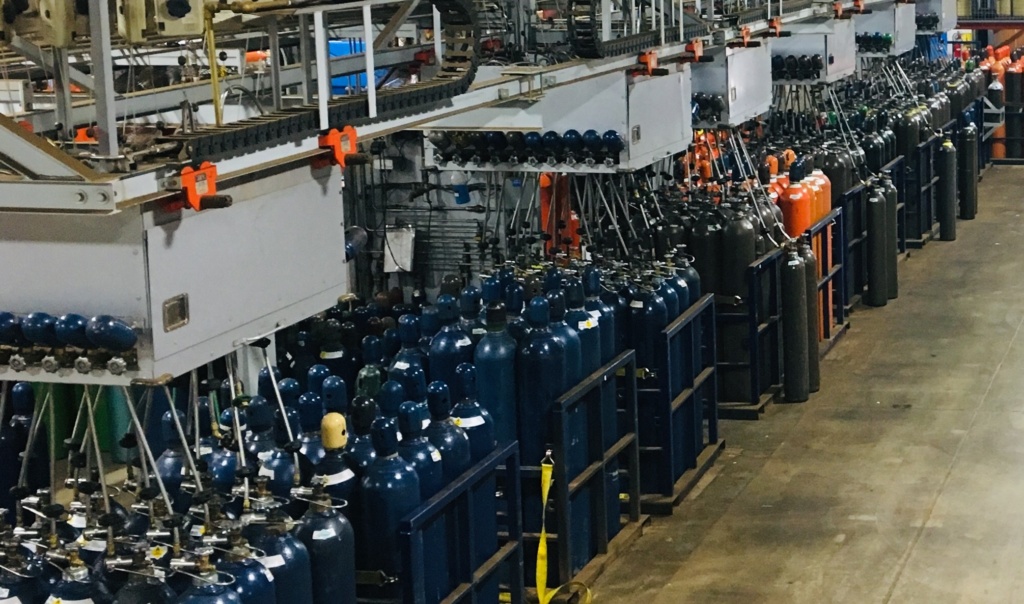 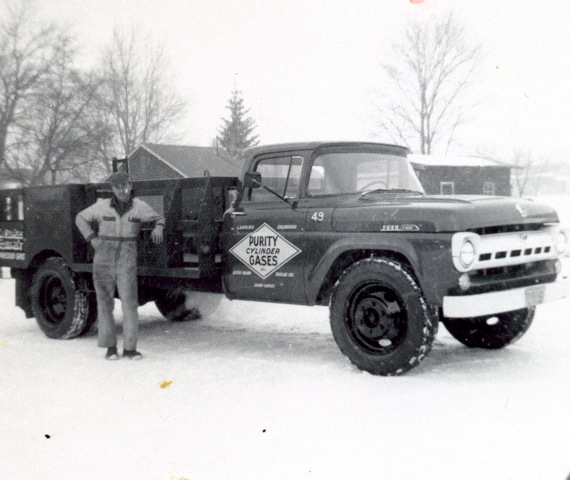 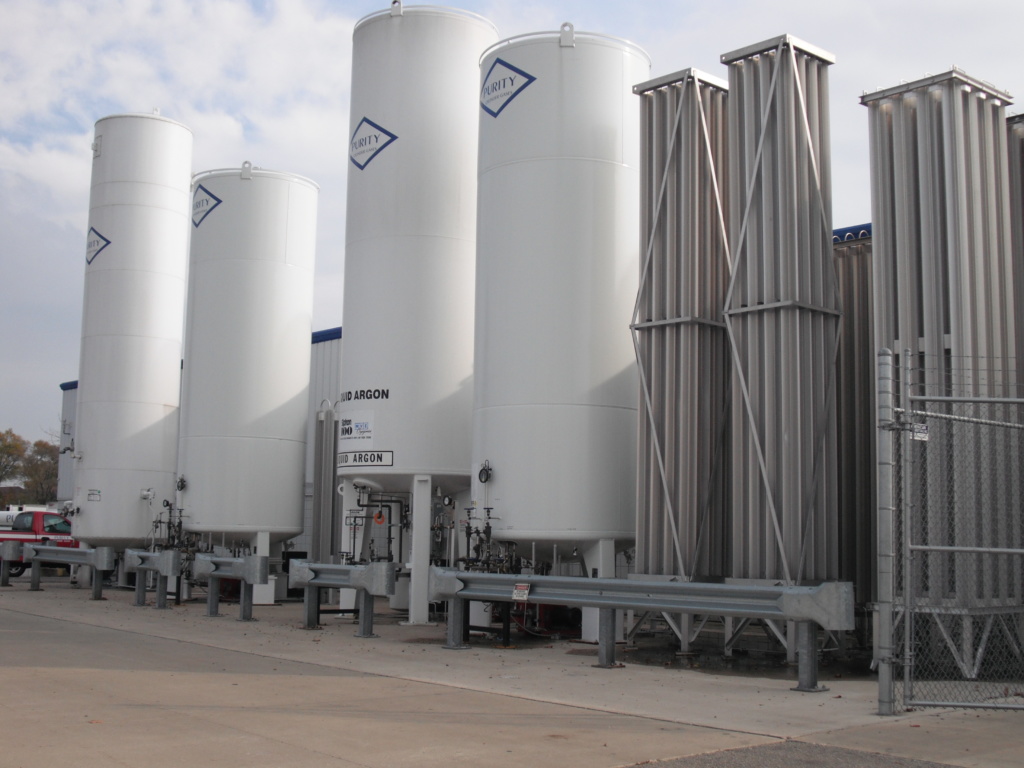