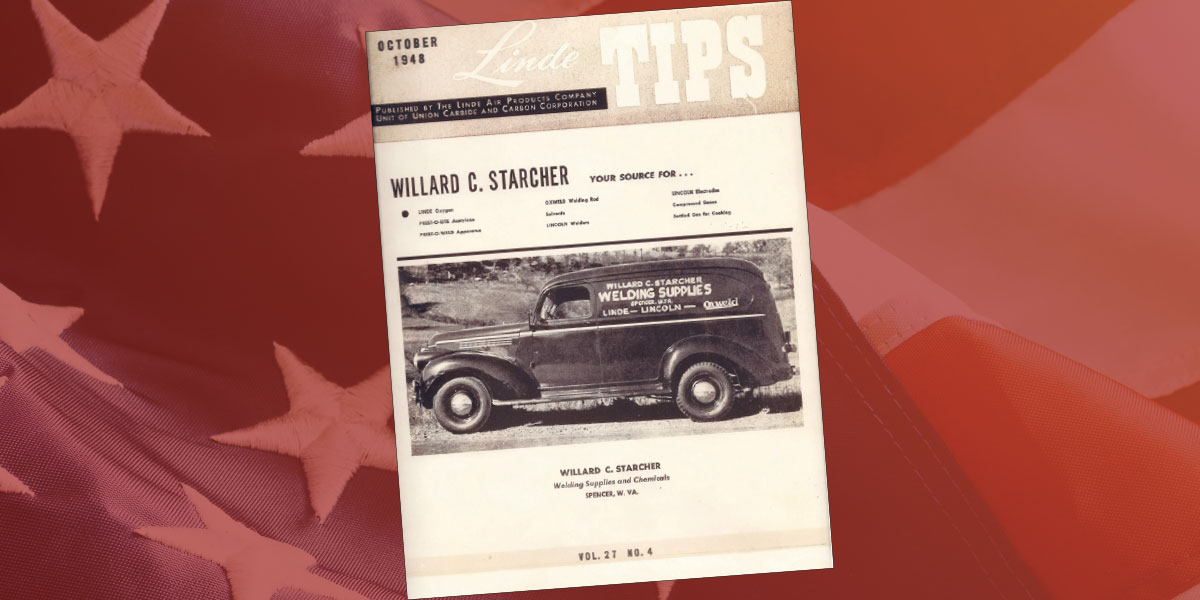 “We’re located in rural West Virginia, in a town of 2,600 people,” says John Hill, Starcher’s grandson and current company president. “And it probably had 2,600 people 82 years ago, when the company was started. But it’s our town and that’s where we’ve chosen to stay.”

In what would become a reoccurring  story for the leadership of Willard C. Starcher, Starcher briefly left the company to serve his country in World War II. During his time as a civilian technician in the United States Navy, Starcher’s wife, Dorthy Starcher, managed the company.

Upon Starcher’s return from the war, several milestone events took place within the company, all in the span of 3 years, from 1945-1948. The first grew out of grew out of concern that manufacturers were going direct to customers, which would hurt the company’s hard-won business. In 1945, Starcher banded together with fellow distributors to form what was, at the time, a fledgling startup organization.

“Willard became involved in the process of forming an organization that would represent the interests of the independent welding distributor,” Hill says. “In 1945, this resulted in the formation of the National Welding Supply Association.”

Starcher was one of 13 representatives from 12 distributorships that attended the inaugural NWSA meeting at the Hotel Van Cleve in Dayton, Ohio, on November 13, 1945. Today, Willard C. Starcher is still an active participant in GAWDA. In fact, John Hill serves on the Safety Committee, something that he attributes, in part, to the second milestone event that Willard C. Starcher experienced.

On September 25, 1947, tragedy struck the company. The business facility was completely destroyed in a propane explosion. The explosion severely burned Willard.

“Either they weren’t following procedures or, more likely, there were no established procedures then,” Hill says. “We want to follow established safety procedures and to do it the right way and the professional way.”

However, during Willard’s recovery, the company continued to persevere, and in 1948, it experienced its third significant milestone. It hired Denver Sturm.

“Denver got off a Liberty Ship in 1948 and stayed with us for almost 60 years,” says Hill.

That notion of doing things the right way and the professional way is not merely lip service. It is the driving force behind everything that Willard C. Starcher does.

“Our mission statement is ‘Do it right the first time,’” Hill says. “I think that’s one of the things that the people here are very proud of. What we want people to say after working with us is, ‘These folks are professional. They do things the right way and they’re treating the customers honorably.’”

One of the things that helps aid in that mission is a streamlined structure.

“Because of our size, it often gives us the ability to resolve a problem much quicker than a larger company,” Hill says. “Almost any customer can call here and ask for me by name and they can get me on the phone. If a problem evolves, they don’t have to make 20 calls and leave a voicemail. They can always get hold of me.”

As a matter of fact, a customer will never leave a voicemail at Willard C. Starcher because Hill has turned them off completely.

“I refuse to turn on our voicemail,” he says. “You’re going to talk to a human being when you call our store.”

Willard C. Starcher believes that, even in a digital world, there is still room for good old-fashioned business.

Part of the ethos of professionalism that Willard C. Starcher espouses comes down to the company’s long and storied history of military service. Willard Starcher and Denver Sturm both served in World War II. And John Hill served in the military in the 1970s and 80s, and again in the Gulf War as a helicopter pilot.

“I think a lot of my experience in the military transferred over into this business,” says Hill. “It was establishing systems and the inventory controls and many of the same things that we did in the military that really applied here.”

Like Starcher when he left to serve during World War II, Hill was lucky enough to have a spouse that would gladly step into his role as he served our country. In November 1989, as John was recalled to duty in the Gulf War, his wife, Carol Hill, formally succeeded him as president.

From the beginning, Willard C. Starcher has been a family company. Willard and Dorthy ran the company until Willard’s death in November 1974. Willard was succeeded as president of the company by Fred Hill.

Fred was instrumental in the complete renovation of the company facilities. Fred ran the company until his death in 1985.

Upon Fred’s death, his wife, Joan Hill, became President and began the initial computerization of the store activities. Joan worked closely with Carol Hill on modernizing the office.

“We needed to get an office set up and functioning for today’s world,” says Hill. “Carol’s first job was basically handling inventory systems. Back then, we kept all our inventory on what we called card files. We basically had a big tub of files, and as you sold a part, you flipped the card over. We’re probably 15 times the size we were then, but even then, it was an all-day event just to keep track of what you sold and ordered. We knew we had to come up with a better system.”

Unfortunately, just three months after the passing of her husband, Joan Hill unexpectedly passed away.

Today, the company is owned and operated by John and Carol Hill and Mary Beth Titus, John’s sister. All three of the owners have been involved with Willard C. Starcher for nearly 40 years. Denver Sturm was with the company for nearly 60 years. Willard’s sister, Imogene Starcher, worked with the company until she was nearly 90. That commitment and experience is a part of the company culture that Hill is very proud of.

“Any time you’re hiring somebody and bringing them into the organization, you’re going in with the attitude that it’s going to be forever,” Hill says. “Unfortunately, that’s not always the case. But that’s part of the culture we’re trying to create. We’ve been very fortunate with the employees that we’ve had. I can’t say enough about them. They’re the ones who bear the burden of what goes on in the day-to-day and they’re one of the biggest reasons we’ve lasted as long as we have.”

If doing things in a professional way and a culture that entices people to make a job a career are two legs of the stool that Willard C. Starcher sits on, the third is certainly the commitment to “Doing Things Right the First Time.”

It is a mantra that Hill preaches. And with good reason.

“The culture we’ve built is to do it right the first time,” says Hill. “That’s extremely important to us being in rural West Virginia. Most of our supplies are traveling on trucks for very long distances. Our first customer is more than an hour away. And distance equals expense. It’s very expensive to drive hundreds of miles and then foul up an order. When a customer calls here a second time, I’m usually involved at that point.”

That mission has served Willard C. Starcher well for more than 80 years, as it has grown from Willard Starcher’s garage to a company that now sells both hardgoods and equipment as well as compressed industrial, medical and specialty gases.

“There hasn’t been a secret to our success,” Hill says. “It was nothing but hard work by our very dedicated and very professional employees here.”

The company has continued to value working with suppliers who value the supplier-distributor relationship, just as they did when Willard helped co-found GAWDA in 1945.

“People still buy from people,” says Hill. “I can’t say enough for a personal relationship between the supplier and the distributor. I think, unfortunately, that some vendors have cut their sales force and are trying to do more with what I call ‘cyber reps.’ They communicate exclusively by email. That doesn’t really provide the training and the expertise in the product line that will help us sell more of their product.”

He continues, “If there is a project that has turned into a mess, it’s much more difficult to be angry with a person you consider a friend. It’s a whole lot easier for the two of you to work together to try to resolve something to everybody’s satisfaction in a timely manner.”

Willard C. Starcher has been fortunate to partner with suppliers who strongly value that relationship, including ESAB, Lincoln Electric and Norton Abrasives.

“It’s not a one-way street either,” says Hill. “I think there are certainly things that the supplier should expect from us. They should expect us to stock their product, attend their trainings and for me to pay my bills on time. In turn, we expect them to have the product in stock, to offer those sales and safety training and provide expertise on technical matters. And return our phone calls.” 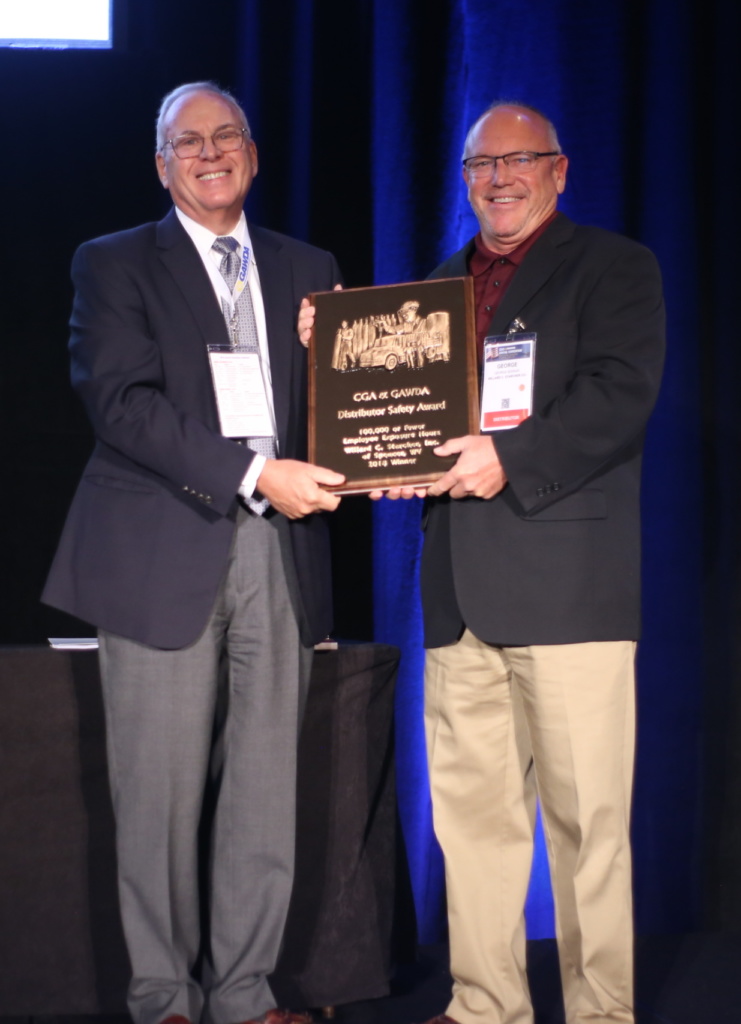 While the preservation of the distributor-supplier relationship may have been the catalyst for Starcher joining GAWDA, it is not the only benefit that the company has received.

Willard C. Starcher has twice been recognized with the CGA/GAWDA Annual Safety Award for companies under 100,000 Employee Exposure Hours at the GAWDA Convention, including at the most recent Convention in 2019.

“It’s an honor to win that award,” says Hill. “We put it right out where customers can see it. It goes back to the professionalism of the organization. Our folks try to do things the right way.”

That professionalism, along with the company’s longevity and continued family ownership, helps Willard C. Starcher compete, even from rural Spencer, West Virginia.

“I think it’s an advantage,” Hill says. “When someone finds out we’ve been around since the 1930s, they know we’re not likely to disappear overnight. And I think often times the fact that we’re a smaller company is helpful. Customers like being able to pick up the phone and call the owner.

As Hill says, people buy from people. And with a professional staff who emphasize personal relationships, people seem to enjoy buying from the people at Willard C. Starcher. 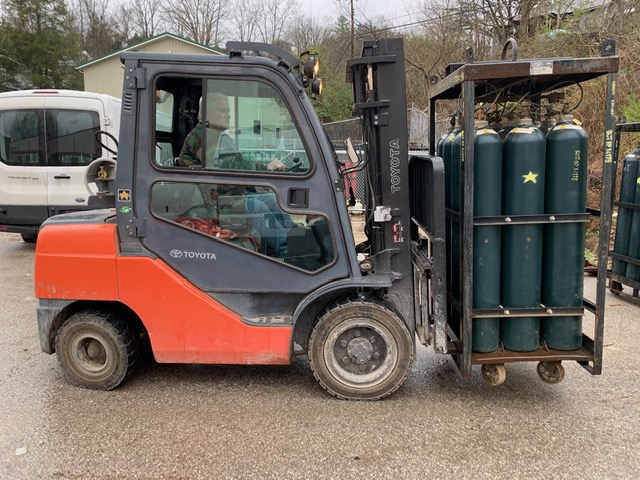 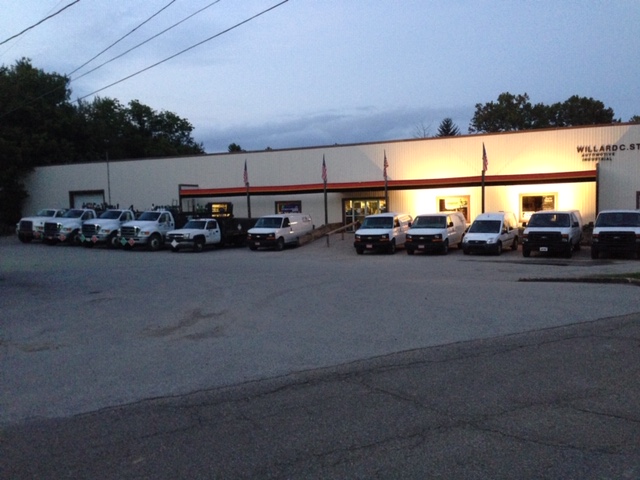 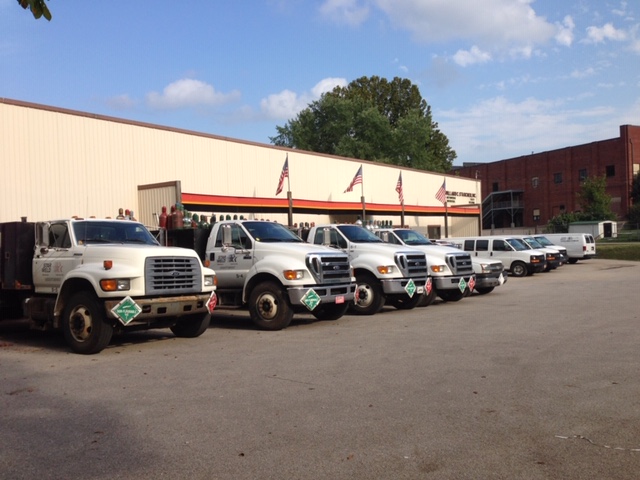 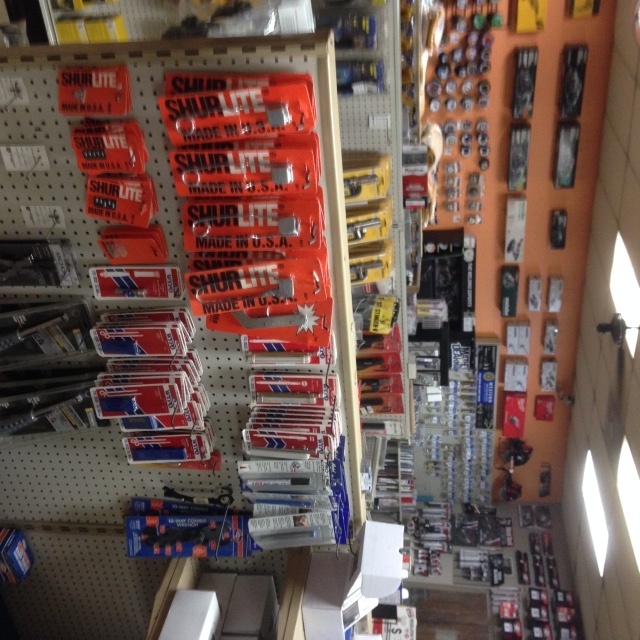 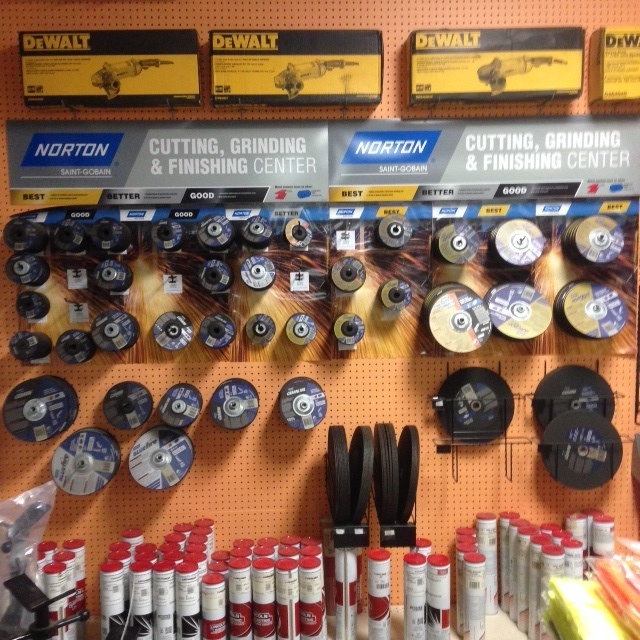 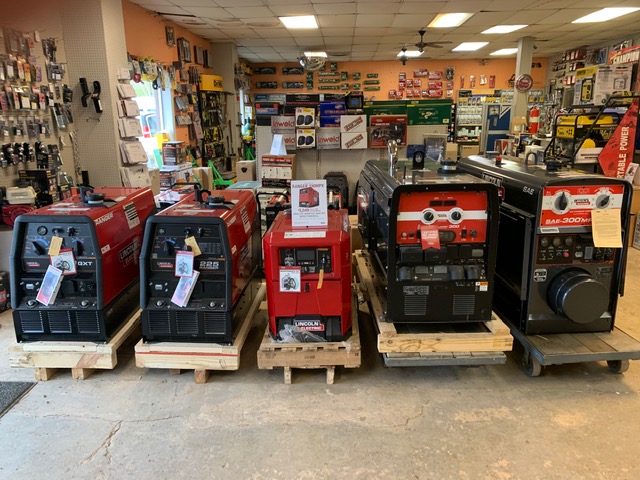 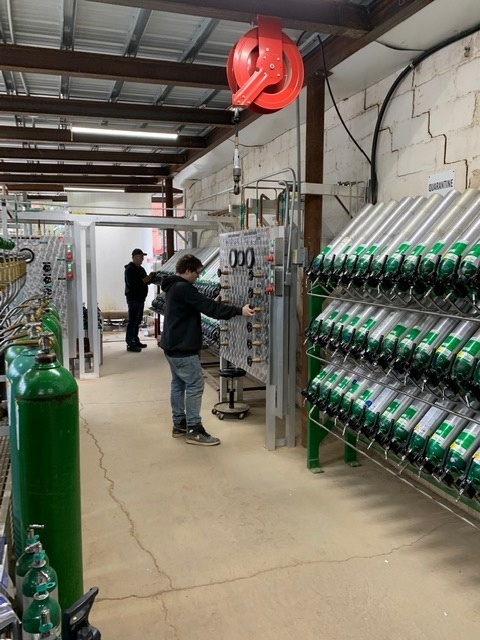