More than 60 years later, the foundational tenets that Lund and Huber put in place still carry through today.

“I think the philosophy that our original owners had has carried through the 60 years of being in business,” says Ryan Diekow, President and CEO of Oxygen Service Co. “And that’s doing our absolute best to service our customers and running an ethical business. It is great how those values have stayed in place the entire time that we have been in business.” 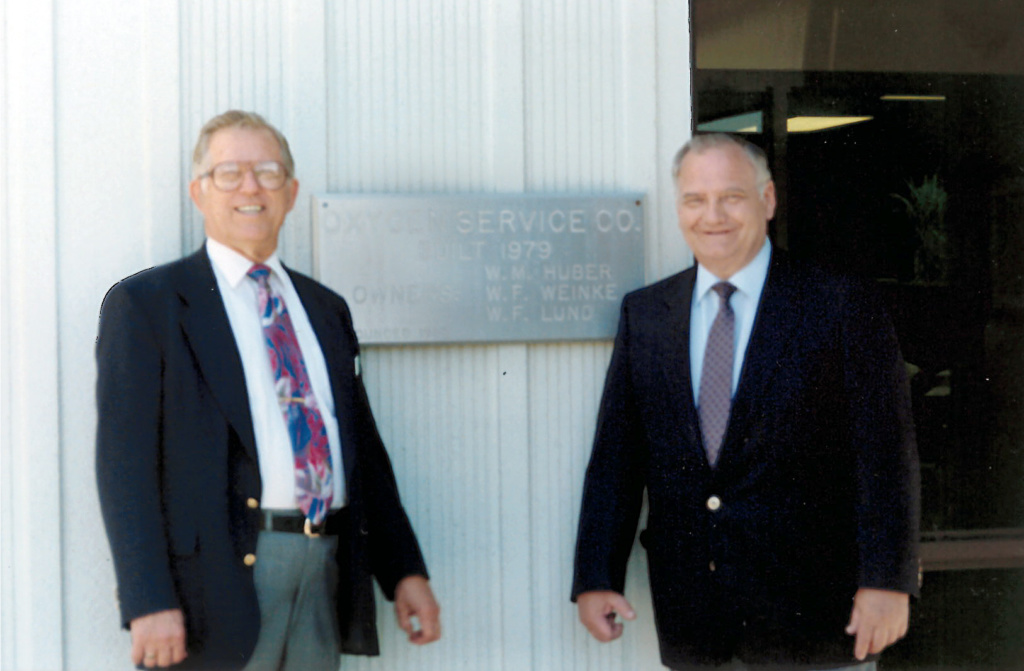 Culture is paramount at Oxygen Service Co. It’s a company that prides itself not only on the amount of business it does, but also on the way it conducts its business.

“From the beginning, there has been a commitment to customer service, and I think they (Bill and Bill) were willing to do things that other companies weren’t willing to do at the time,” says Diekow. “Whether it was carrying inventory in house, making deliveries on weekends, putting deliveries in their own vehicles and delivering it themselves. It’s truly been a commitment to the customer.”

The company continues to operate according to its “Five Core Values.” These values include:

“A number of years ago, we went through an exercise and determined what our core values are,” says Diekow. “It was a great exercise. The entire leadership team selected a group of our best employees that we felt truly exemplified the type of company we are. Then we tried to figure out what the commonalities were between those employees.”

He continues, “Our Core Values are not in place simply to check the box that says we have them. It is who we are as a company. Those five things are truly the backbone of Oxygen Service Company.”

For years, while not codified, Huber and Lund cultivated that culture within the company.

“We don’t just say it, we live it,” Diekow says. “It’s a very family-oriented feel. That’s very much who we are. We do things socially in order to make sure that we have those strong bonds with people. And that’s not only among employees, but also their families. I think some larger corporations lose sight of that. We don’t ever want our people to feel like a number. I tell our employees all the time, ‘Without our people, we are just four walls. It’s the people that make us special.’”

Because maintaining that culture that has been so carefully cultivated is so important, Oxygen Service often takes longer to hire than is typical. They want to make sure that any new hire will fit in well with the team and within the culture.

“I think sometimes that actually frustrates some candidates,” says Diekow. “We are slow to hire. We want to make sure, through multiple interviews, that these people truly are a fit and not just telling us what they think we want to hear. Our turnover rate is extremely low. Most people, when they come to Oxygen Service, retire from Oxygen Service.”

Another way that the company has found success in recruiting “the right fit” is by leaning on its employees for referrals.

“Many of our really good employees come from referrals and relationships that we have in the industry,” Diekow says. “If you work somewhere, you’re not going to refer somebody else to work there unless you think it will be a fit. Both for the employer and the employee. Your reputation is on the line.” 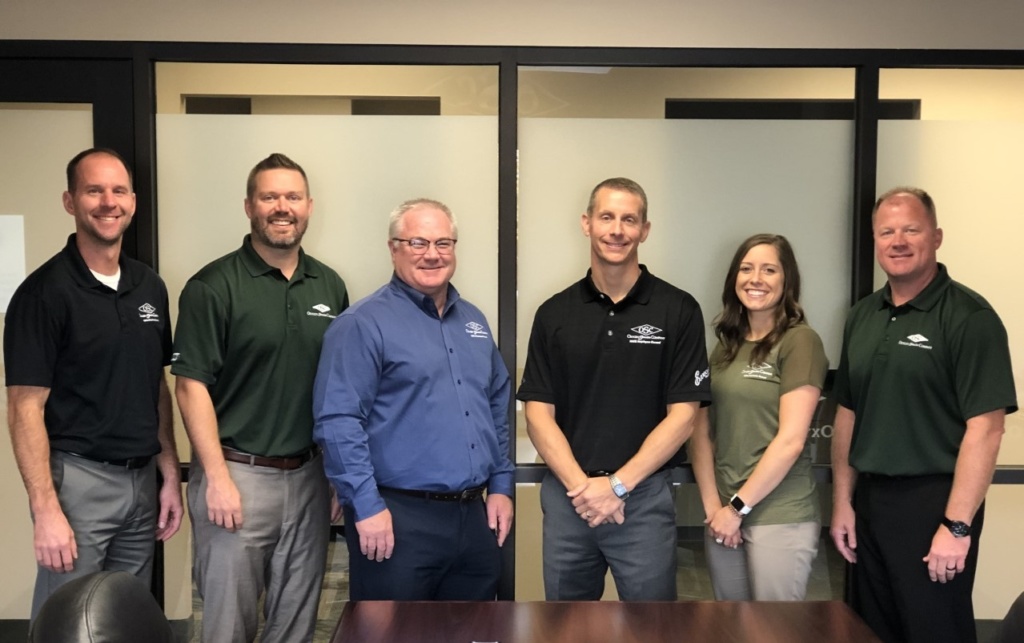 With such a strong culture in place, having been cultivated over decades by the original owners, it is perhaps not a surprise that when Lund and Huber began approaching retirement age they decided to sell the company to its employees, rather than be acquired.

“When Bill and Bill got to retirement age, they had a couple of different options,” Diekow says. “They could sell the business to a multi-national public company and get top dollar. Or, they could reward the people who helped build Oxygen Service into the company it became and form an ESOP. They most likely sacrificed a bit of potential profit by selling to the employees. But, for them, it was a natural progression. They wanted to give back to the people who had helped them build a successful business and had made them financially successful.”

Oxygen Service Company officially became a 100% employee-owned company in 1993. While Bill Huber has since passed away, Bill Lund still comes into the office at least once per month.

“Bill Lund hasn’t owned the company in 27 years, but he still comes into the office just to say hello,” says Diekow. “He likes to be a part of the business. He’s 88 years old and he’ll still call me up and give me sales leads. This industry and this company are in his blood.”

For Oxygen Service Company, becoming an ESOP was a watershed moment in the company’s history.

“When a customer calls in and is talking to a customer service rep or one of our route drivers, they’re dealing with an owner,” Diekow says. “No matter what interaction you have at our company, the customer is always dealing with an owner. And we’ve found that by instilling those values in our employees, they treat every customer like it’s their customer. We believe that employees are not just coming in to collect a paycheck here; our people really believe in what we do and that’s a big part of our culture.”

But maintaining a successful ESOP is not as easy as set it and forget it. It requires a lot of work and TLC. The Internet is littered with stories of ESOPs that ended badly. Diekow and the team at Oxygen Service Company are steadfast in their commitment to not become another statistic.

Another reason why Oxygen Service Company has found success is by working with a group of outside advisors.

“I think that working with highly-competent advisors is important,” Diekow says. “Those aren’t always the cheapest people to work with. But they do help keep you on the right path. When you’re at a crossroad, they’re the ones who might say, ‘Let’s go this direction.’ I think that’s been helpful.”

Finally, Diekow credits the company’s success as an ESOP to a devotion to continuous improvement.

“We have truly been students of the game,” he says. “We run our ESOP the same way that we run our company. We don’t sit back on our laurels and say, ‘We’ve always been successful, so we’re always going to be successful.’ We’re continuously pushing the envelope and saying, ‘What can we learn? How can we do it different or better?’ I think because we constantly challenge ourselves to say how can we improve this process, it helps us to do it better.”

For Oxygen Service Company, the proof is in the pudding. The company has won multiple awards for success in running its ESOP. In 2019, it was named the ESOP Company of the Year by the MN/Dakotas ESOP Chapter and also won a national award for Communication Excellence Regarding ESOPs.

Diekow joined Oxygen Service Company in 1997 as a Cylinder Painter. Over the next 20+ years, he has worked his way through the company, eventually becoming President in 2016 and CEO one year later.

“I think that having worked my way up helps me identify with our employees better,” says Diekow. “When I go out and talk to somebody in the plant and they are having a bad day, I can empathize with them because I’ve been there. When people know you’ve been in their shoes, I think it goes a long way.” 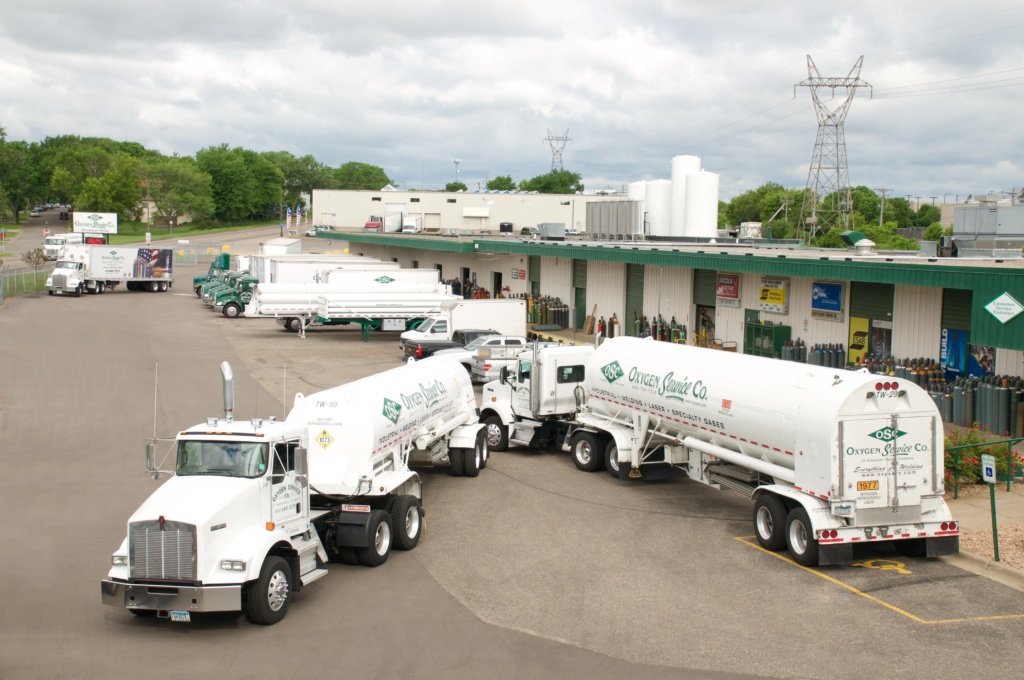 “I heard once from another leader that the two most important words in leadership are ‘follow me,’” he says. “I’ve always taken that on myself. I’m not going to ask somebody to do something that either I’m not willing to do myself or that I haven’t done myself. I think, unfortunately, there are leaders out there that aren’t willing to do some of the dirty jobs. I think it goes a long way with people to know I’ve been there and done it.”

Diekow’s tenure as President and CEO has been marked with a robust growth in the company’s footprint and offerings. Today, Oxygen Service has 115 employees and five locations, four of which are retail locations and one automation center. Three of those locations have opened in the last five years.

“We have been growing strategically,” says Diekow. “That’s one thing we’ve discussed with the team is that we never want to do anything by default. We want to make these decisions by design.”

In addition to expanding its footprint, Oxygen Service Company has also been focused on becoming more of a “solutions provider.”

Diekow and the team worked tirelessly to ensure that the team didn’t lose a step during the pandemic.

“The strength of our leadership team really has shown through,” says Diekow. “We have six people with can-do attitudes. We said we were going to figure it out. And I think, to be honest, we are going to come out of this stronger than when we went in. We pulled together as a company, rather than split apart. We sent out an email every single day to the entire company explaining what was going on. Reiterating that our staff was important and how much we appreciated them. And when we started to come through it, our employees said that they appreciated the constant communication. We wanted to make sure that we kept in contact with them and kept people feeling they were still a part of something. And I think it helped.”

With a group of employee-owners as dedicated as the current staff at Oxygen Service, the company is poised to make the next 60 years even more successful than the first.