GAWDA extends its condolences to the friends and family of Bill McKenna, Chief Operating Officer of F&M MAFCO, who passed away on January 4, 2021. 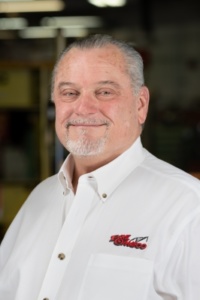 An obituary posted on iwdc.coop reads: “He was born 64 years ago into a loving family of four older brothers and a younger sister where the value of hard work was taught by their parents, Bob and Mary. In his youth, Bill did a little bit of everything – paperboy, gas station attendant, mechanic – you name it. Before graduating from his beloved Elder High School, he started working with his father and brothers at F&M MAFCO. A little later, 43 years ago to be exact, Bill lucked upon marrying the love of his life, Carole. Together, these two would go on to achieve many things, but the most important to them was building a close-knit family of three lucky children, Shannon, Kyle and Corey. Those three continued that lucky streak by marrying three wonderful people who also adored Bill. And then came six grandkids, Henry, Millie, George, Jameson, Elsie and Otto, officially making Bill the luckiest man in the world.

In lieu of flowers, memorial contributions can be made to the Juvenile Diabetes Research Foundation or Elder High School.”