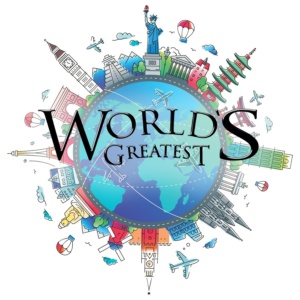 The producers of the television show “World’s Greatest!…”, How2Media, announced that they have recently selected Butler Gas to be a part of the popular television series.

When it comes to industrial, specialty, and medical gases and dry ice, it takes a certain level of expertise to be considered the best regional manufacturer and distributor in the business. Butler Gas Products has been meeting and exceeding that level of expertise for three generations and they’ve never been more important than they are right now. “We think their story will be meaningful as well as educational to our viewers” said Gordon Freeman, Executive Producer of the show.

As part of the show, How2Media sent a film crew to spend time at the company’s facilities in Pittsburgh, Pennsylvania to find out what the story behind the story is with this great and growing company, and to show the “World’s Greatest!…” viewers why Butler Gas was selected as the best in their category, and therefore featured on the show.

“World’s Greatest!…” is a thirty minute show dedicated to highlighting the world’s greatest companies, products, places, and people. Each show is a fast paced tour around the world featuring behind the scenes footage, informative interviews, and exciting visuals.