Vern Lewis made his name in the welding industry by starting the company, Vern Lewis Welding Supply in 1969. Now, his legacy will live on forever at the newly opened Vernon F. Lewis Welding Lab at the very same high school that he attended in the early 1950s.

“This started three years ago, we came back here to do some estate planning for him down the street,” said the General Manager of the company, John Bone. “We were peaking through all the windows looking at the AG shop that Vern had went to many, many years ago and that was the beginning.” Thus came the idea of completely renovating the agriculture building of Doniphan West High School in Highland, KS in honor of Vern Lewis. The best part of it all, Lewis had no clue of what was to come.

Stacy Lewis Hayes, the CEO of the company and daughter of Vern Lewis, emailed the Agriculture Instructor of the school, Hannah Adame, asking if she could give Adame a call to tell her about their idea. “When she called me, I about fell out of my chair.” I was so excited to hear the connection and what they wanted to do for Vern,” said Adame. After that talk, the idea became a project that they would work on together for the next three years.

Shortly after, John Bone and Jeremy Shelton, the Retail Operations Manager and grandson of Vern Lewis, flew to Highland to tour the school’s welding lab. “They came to tour my building and said, give us a wish list, so I did and there was some big stuff on that list,” recalled Adame. “Then a couple of weeks later, they said, we think we can make your wish list happen and we even added some stuff. So when they came to visit I was like, this is real, it isn’t a joke.”

On this list were contributions from both the company and vendors that Bone had reached out to, telling them about the project and asking if they would like to contribute. Ten vendors saw the impact this project would have on the community and donated items; Flexovit, Harris Products Group, JPW Industries, Metabo, Metal Man Work Gear, Miller Electric, Lincoln Electric, Norton, Profax, and Washington Alloy. With both the vendor’s and company’s contributions, it totaled to $175,000 worth of equipment and renovations.

Once the donation list was finalized, the company flew Adame out to their welding lab in Peoria, AZ to get hands on training with the vendors and the equipment they were donating. “I’m very grateful for the learning experience, being able to go to Arizona. They took the time to make sure that I understood how to use everything. And I’m really excited to take what I’ve learned and dive into it when we get started this fall,” said Adame. Multiple trips were also made on Bone’s and Shelton’s end to take the equipment and signage all the way to Kansas and help with the renovations.

After everything was set, a ribbon cutting ceremony was to take place on October 1st to reveal the newly renovated building. Since Lewis lives in Arizona, he was told he was going to Kansas for a family reunion back in his home town so he still had no idea. The ceremony was organized by Adame and her students who are part of the Doniphan West FFA (Future Farmers of America) Chapter. Everyone arrived early to be there before Lewis and when he arrived he was absolutely overjoyed and a bit puzzled to see his entire family and everyone else there at his old high school. He was then lead to his seat in the front and was told to just sit back and enjoy the ceremony.

They opened the ceremony by bestowing Vern the Honorary Chapter Degree, an award given to individuals who have provided exceptional service to agriculture or agricultural education. After that, Bone and Lewis Hayes gave a few words about Vern and the project. “To be able to have an opportunity to give back to him and to the community here for his part in being able to take what he learned here in Kansas and bring it to Arizona and share it with all of us there, I just think it’s memorable.” said Lewis Hayes. By this time, Lewis knew what was happening and was very moved by the ceremony and realization of what the company and school had done in honor of him. The ceremony ended with Lewis happily cutting the ceremonial ribbon, “I sure want to thank all of you. Learning to weld here is what got me going.”

After the ceremony, the students unveiled the metal signage above the front door that read, “The Vernon F. Lewis Welding Lab.” As well as the plaque located just inside with the story on the project and logos of all of the sponsors that contributed. Everyone then got to tour the building and see and try the new additions and chat with each other. Lewis was elated the entire time by seeing this brand new lab and being surrounded by loved ones and old friends.

This project was not only about honoring a man but also giving back to a community for future generations to come. “We’re so grateful for what Vern Lewis has done for the school and they’re going to change a whole lot of stuff in that building, as far as education wise,” said Adame. “There are so many more opportunities that my students would not have had before and I’m very grateful for that. It’s refreshing to know that people want to give back and have that legacy. I think it’s important that they do that because all these schools, a lot of these programs wouldn’t be going if it weren’t for donors, assistance, and support like that. So we really, really, really appreciate it.” 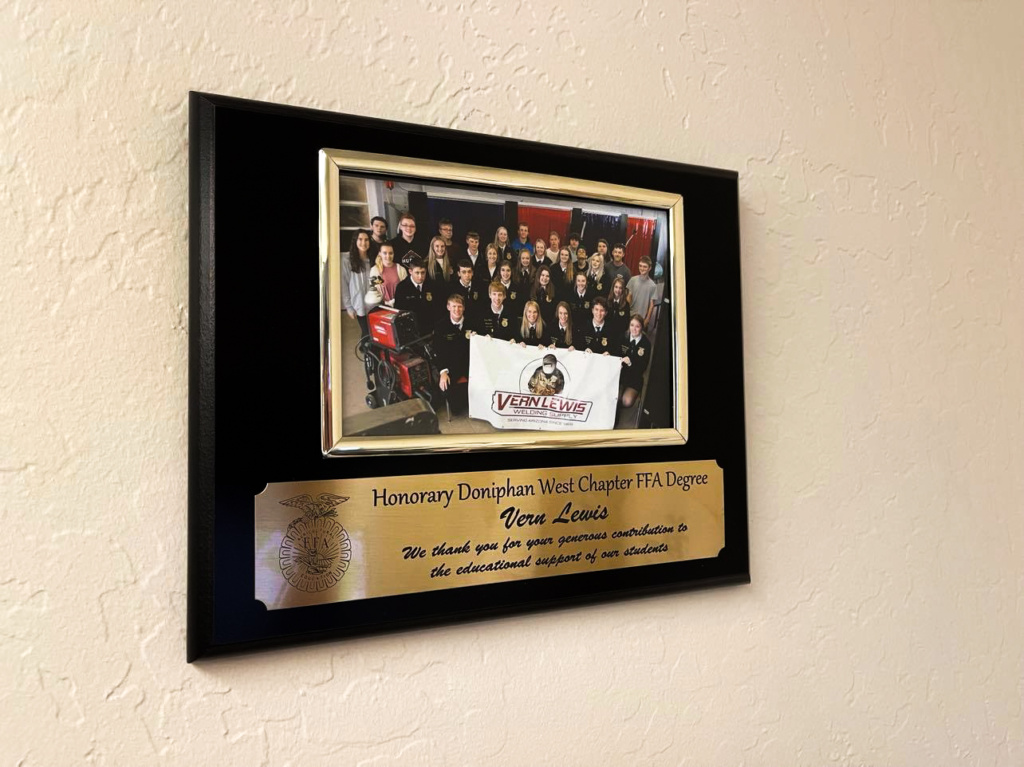 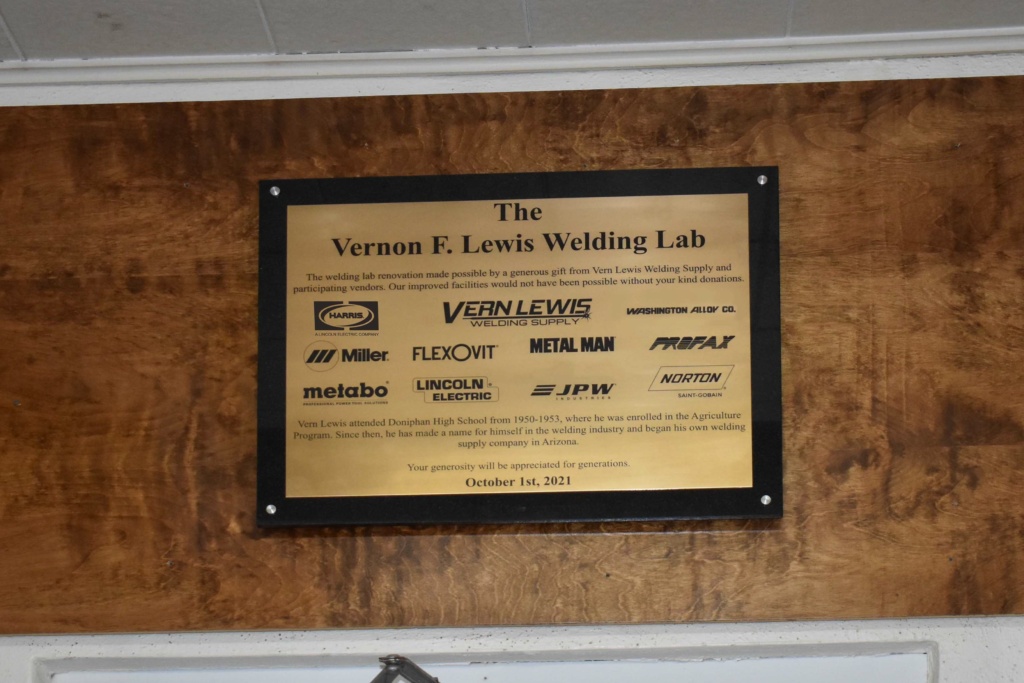 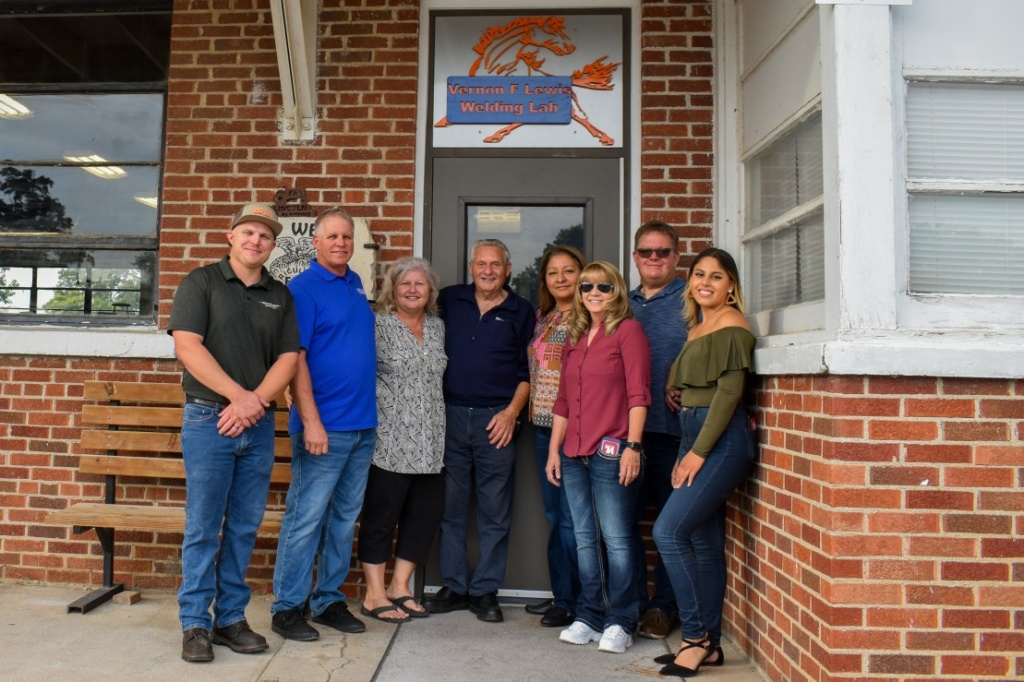 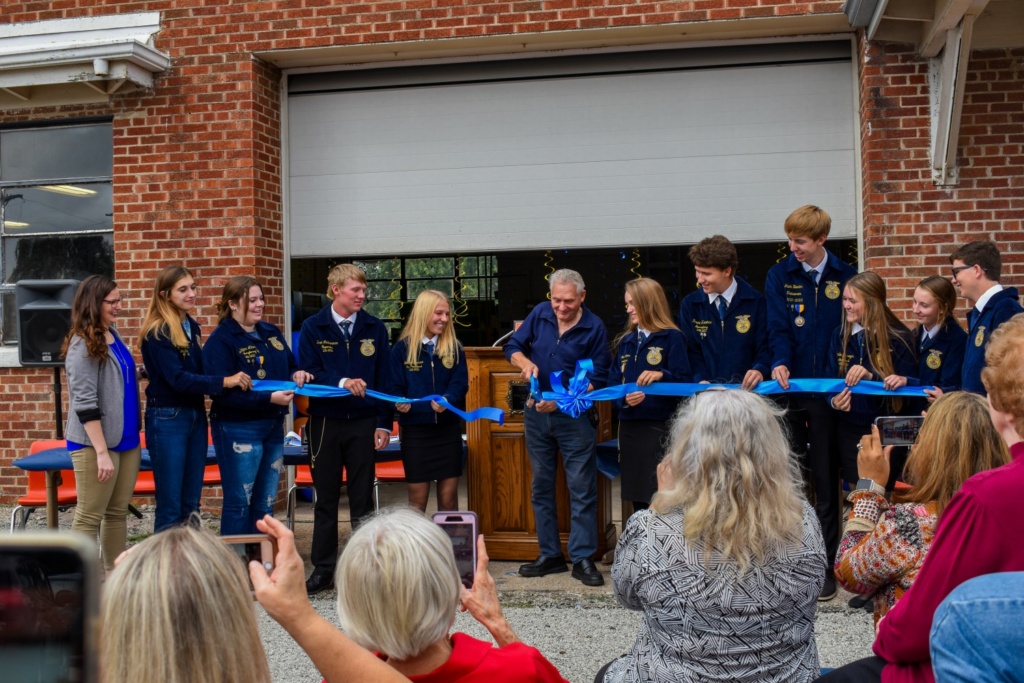 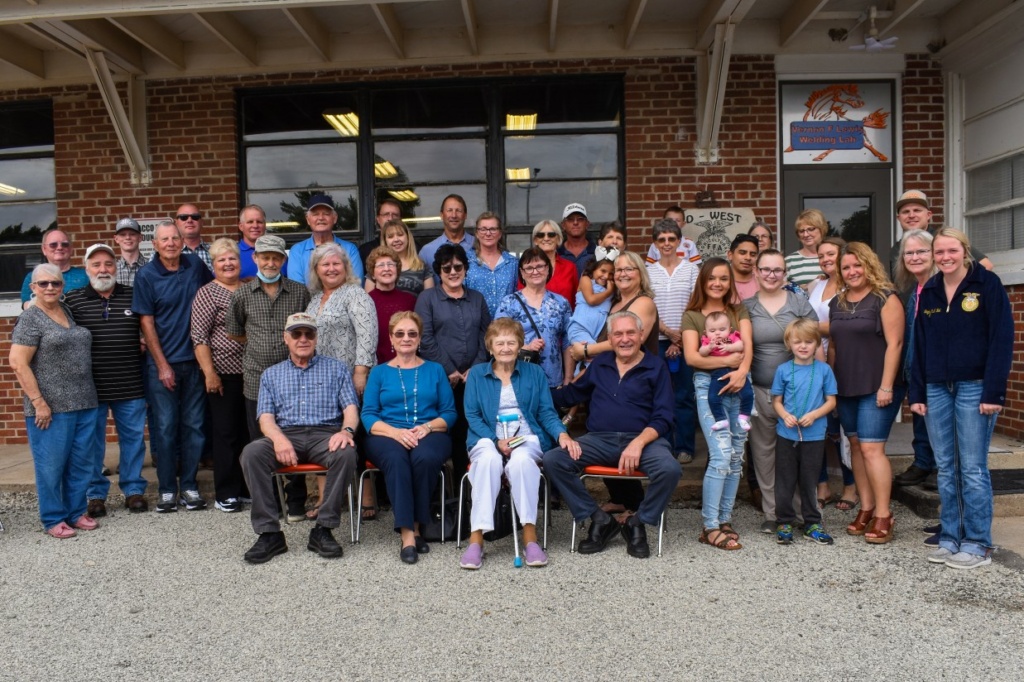