Founded more than seven decades ago, Industrial Source has grown into a powerhouse in the Pacific Northwest. With seven locations ranging from Portland to Medford, this independent gases and welding distributor has the I-5 corridor of Oregon covered from North to South.

Family owned since 1945, Industrial Source got its start when Ernie Laing and his partner Sterling McReynolds launched Eugene Welders Supply in Eugene, Ore. Jerry Laing, Ernie’s son, purchased Sterling’s shares in the early 1980s. The company changed its name to Industrial Source to better reflect its expansion across Oregon. Today, a third generation of Laings leads the company with Bob Laing and Brent Laing at the helm. Eugene remains company headquarters and, with a fleet of about 70 vehicles and a cylinder inventory near 30,000, it is a leading West Coast distributor.

The Laings got their start serving the timber industry, which had a strong market presence in Oregon. A combination of factors led to the demise of this industry in their state and Bob Laing describes a time in the early 1980s when the region lost about 80 mills. He says, “We still support the timber industry but it’s a much smaller portion of our business today.”

As timber moved out, the motor coach industry moved in and Industrial Source welcomed a new market opportunity. “In its prime, several coach manufacturers were producing 50-70 motor homes a week,” says Brent Laing. “These motorhomes were built from the ground up and that required a lot of gases and welding equipment, making it a good business for us. Motor home manufacturing businesses began leaving our area in the early 2000s, taking with them several million in annual sales.”

Stepping a bit outside the traditional gases and welding market, the Laing family purchased National Fire Fighter Corp., a fire suppression supply company, in 1992. That business was known to the Laings. When it came up for sale, they saw an opportunity to expand into a new market that included fire extinguishers, suppression equipment, fire alarm systems, and forestry fire-fighting equipment. The fire-fighting piece became a good niche business. Brent explains, “the wild land firefighting market is growing and products are hard to find. With the advent of the Internet, lots of people found that portion of our business online and it took off.” However, like wildfires, that business is seasonal. To offset this, the company launched Industrial Headquarters in 2015, a new online endeavor that supports the year-round utility industry with safety and fire retardant clothing and gear.

In the 1960s, Industrial Source added a branch in Coos Bay, which gave the company access to a coastal location. Further geographic expansion occurred in the late 1990s and 2000s with the addition of five locations. This was a period of intense change in the industrial gas space, with some majors selling off their distributorships and others moving more aggressively into their territory. Industrial Source kept a close eye on the market and made moves that would ensure it remained competitive as an independent.

“Each expansion has its own story,” Bob says. “We moved into Salem after another independent gas distributor was purchased by Praxair and we saw the opportunity to push north. The addition of our facility in Medford was prompted by Air Liquide selling off its distributorship and we won the bid. A small independent distributor came up for sale in Grants Pass and that was an attractive geography for us.

“We started moving into Portland in 2000 with the purchase of Carbon Dioxide, Inc. a company similar to National Fire Fighter. In 2006, as more independent welding distributors sold to the majors in that area, we decided to expand our Portland business and added welding and gases to our existing fire business. Today, this is one of our busiest locations.”

Roseburg was the last major market to fill on the I-5 corridor. In 2006, Industrial Source built a new location there from scratch.

The company’s next expansion is closer to home, right in West Eugene. Its existing headquarters operations are squeezed for space, so Industrial Source is building a new 40,000 square-foot facility, complete with the most up-to-date automated cylinder filling technology available.

The Eugene–Springfield area is a growing technology hub known as the Silicon Shire. Industrial Source’s region also includes the University of Oregon, which is adding a major new science wing. Recognizing the expanding demand for specialty gases in these markets, as well as the need to support its growing medical gases business, Industrial Source began developing Cryo Source, its specialty gas division.

Michelle Willett, people and operations manager at Industrial Source, explains, “our specialty gas lab has been up and running for three years now and we are a Purity Plus provider. Cryo Source is fortunate to have Pam Albert on board as our lab manager/quality manager. She’s well known in the Pacific Northwest for her knowledge and ability to meet a wide range of spec gas purity levels.” Michelle adds, “Having Pam join our team gave us instant integrity in the market. Recently, Pam successfully led us through the process of receiving our ISO 17025 accreditation. She is a key player in our future plans for this market.”

Industrial Sources’ specialty gas business has been growing at a rate of 20-30 percent a year. The demand for spec gases in this region is not concentrated in any one sector but comes from a mix of businesses including research labs, laser cutting, food testing labs and food production and medical markets. Bob sees being an independent as an asset in this business. “Cryo Source is able to provide rapid turn-around time and exceptional product quality. Our customers can talk to Pam, a respected industry veteran who knows the territory, if they have questions or special requests,” he explains.

Industrial Source is a relationship-based company that strives to deliver exceptional customer service and value in compressed gases and cryogenics, welding, and fire suppression supplies and services. Its vision is to be the most respected and trusted provider in the markets it serves.

A privately held company, and one in which every employee is given the opportunity to benefit from its success through its profit-sharing plan, Industrial Source has grown from eight employees to 105. Leading this group is an 14-member management team, which is expected to operate with integrity, positive energy, transparency and humility — with everyone they come in contact with, from co-workers to customers.

The company’s most recent focus is working on The Perfect Order, a general supply chain metric utilized in the procurement world. Another GAWDA member, Bob Ewing, president of Red Ball Oxygen, has had success with this metric and traveled to Oregon to share his experience with Industrial Source. Michelle says it is because of Ewing’s energy and enthusiasm for what they’ve accomplished at Red Ball that Industrial Source is “now emphasizing this to get to the same high-level of customer service.”

One of the things Industrial Source is most proud of is its dedication to giving back to the communities that help sustain its business. Ten percent of the company’s net income is directed into local communities through cash/merchandise donations and paid employee volunteer hours. Each employee is encouraged to volunteer at least 16 hours of time, each year, during the work day, and they are paid to do so.

Currently, welding and gases account for 75 percent of Industrial Source’s revenue stream and its wild land fire protection business, which is largely hardgoods, makes up 25 percent. Though the company began as primarily a hardgoods shop with an 85 percent to 15 percent ratio of hardgoods to gas, last year that ratio was 55 percent hardgoods and 45 percent gas.

The company experienced a slight decline in hardgoods sales last year and had a slow start to 2017 due to poor weather, according to Bob Laing. “Since then welding products are up a bit. Our foot traffic has changed over time with big box stores grabbing a lot of our home users and rural customers. But we still have walk-in traffic and we work with local schools to get young people involved in welding and fabrication.”

The company has repair facilities, which are a great customer draw, with technicians doubling as customer educators. Industrial Source’s equipment rental business is relatively small and project driven, but provides a competitive advantage. When there is a big steel structure going up, they are ready with rentals. The company also participates in online selling through its Industrial Headquarters division.

“The direction of growth is in our gas business,” says Brent. “This includes providing gases to a wide range of customers, but primarily fabricators. For example, there is a lot of boat building in southern Oregon and stainless steel tank manufacturing has grown up around the emerging craft brewery business. We also do business with wood products mills, wineries, hospitals and home care companies, laser users, research labs, and some construction businesses.”

Cannabis is an emerging market and Industrial Source offers its own exclusive line of extraction grade CO2 which is graded and drier for better extraction performance. Customers must be certified growers or producers in the state of Oregon to work with Industrial Source. According to Brent, the extraction side of the cannabis business uses lots of gases. They sell butane, propane, and several other gases to this industry, including liquid nitrogen and carbon dioxide.

Industrial Source is a longtime GAWDA member and utilizes many of its resources to keep its business on track. Michelle says the company takes advantage of the free online GAWDA University employee training program because, “as a relatively small business, this program gives us professional training options comparable to those of the majors.”

Pam Albert reports that GAWDA is vital to the company’s medical program, “as it provides us with the completed manual, updates, and training program. We utilize their consultants for compliance and technical questions whenever necessary.”

Industrial Source is continually moving to meet the changing and growing needs of its customers and markets. Utilizing the latest technologies (including two from GAWDA supplier members, DataOnline LLC, for telemetry to monitor tanks and Computers Unlimited’s Advanced Cylinder Management program), the company keeps its operations efficient, according to Brent. With the completion of its new facility in West Eugene, Industrial Source and its customers will enjoy the benefits of fully automated cylinder filling.

When asked to sum up what makes the company successful, however, it is not new buildings or technologies that are at the top of the team’s list. Bob, Brent, and Michelle view the company’s success this way: “Our employees define our culture and they are what make us both unique and successful. We have many employees who have been with us 25 years, even more at 10-plus years, and one employee who has worked for Industrial Source for over 40 years. Our owners are very active in the sales and operations of the business, and their example of operating with integrity, transparency, and friendly service pays forward to our customers through our employees. That’s powerful stuff.”

Agnes H. Baker is a freelance writer with more than 15 years of experience covering the industrial, medical and specialty gas industry. She can be reached at
[email protected]. 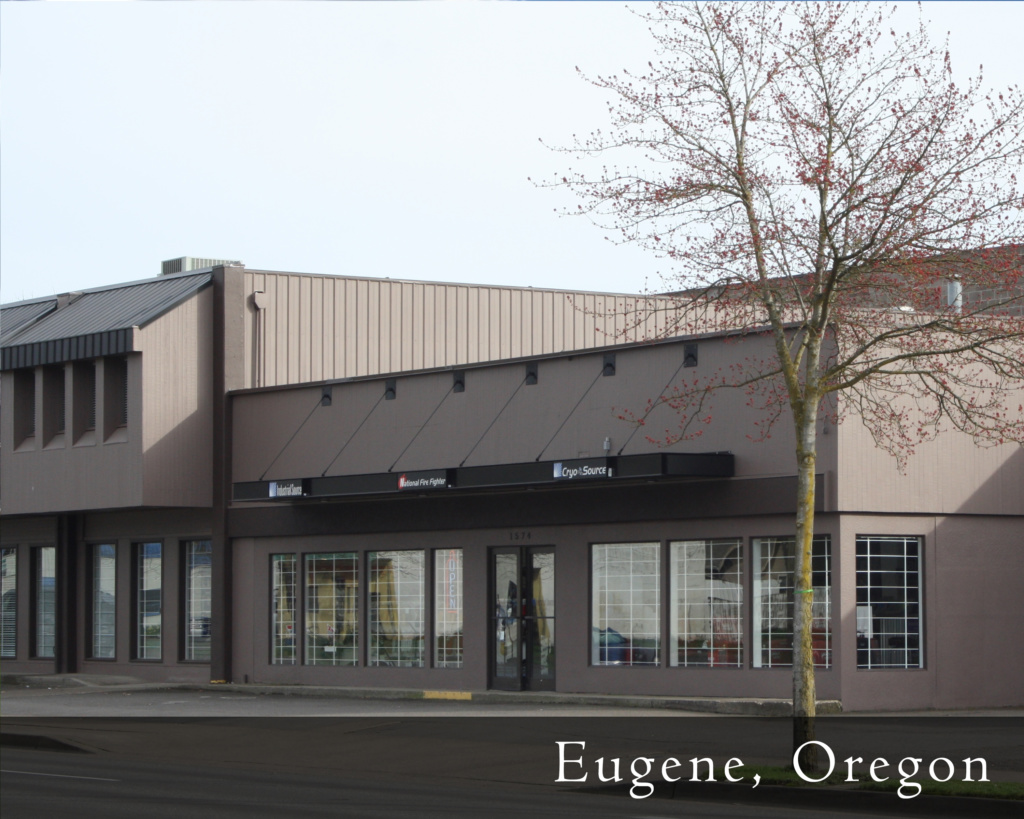 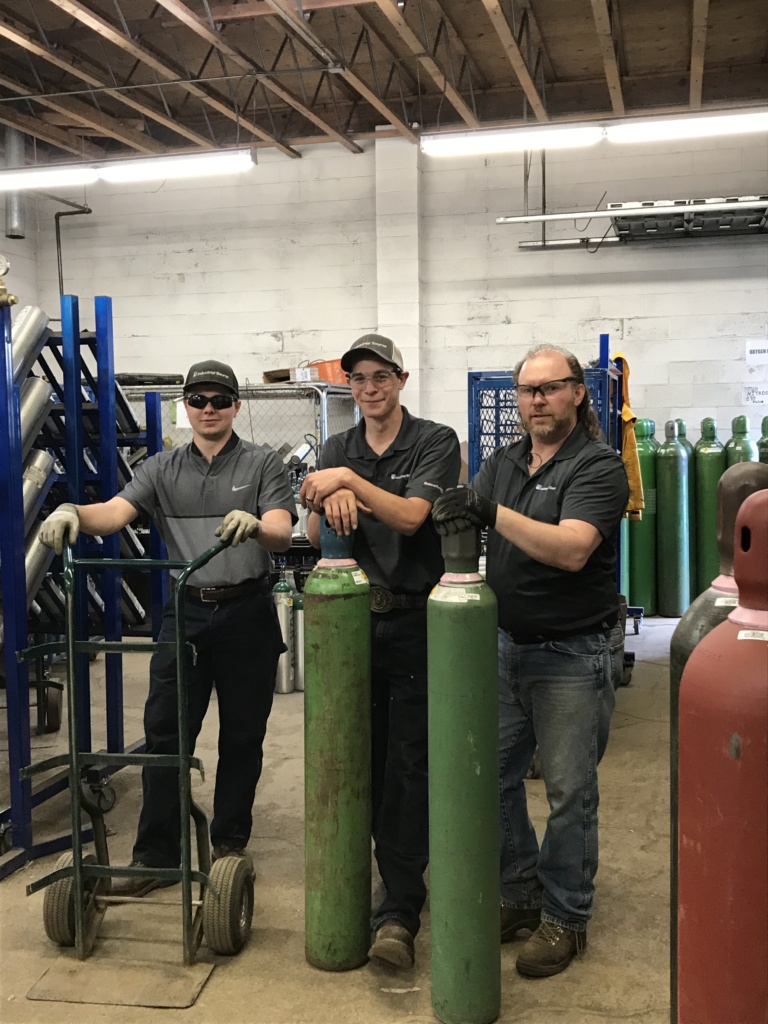 The company has I-5 covered, north to south, throughout Oregon. 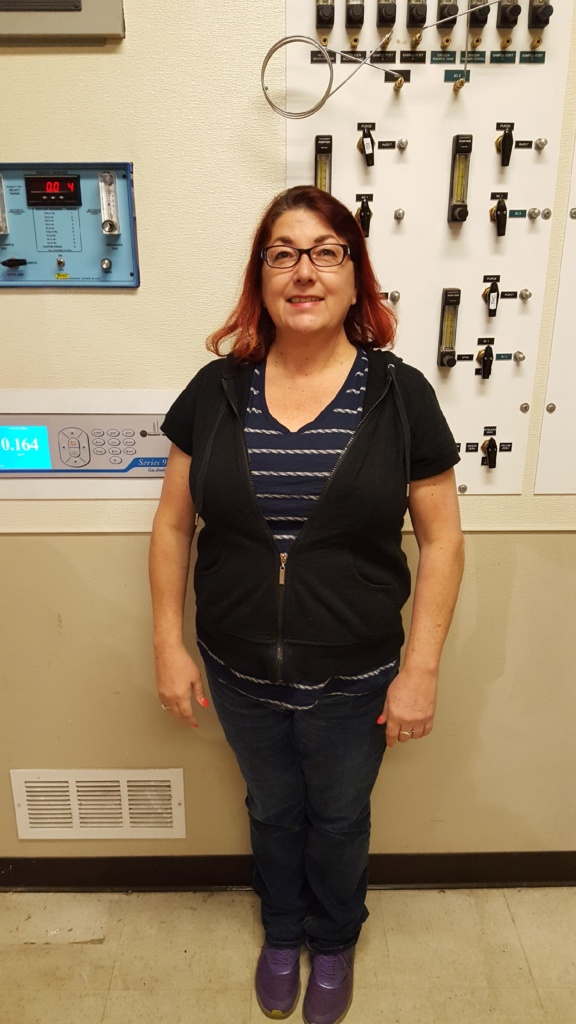 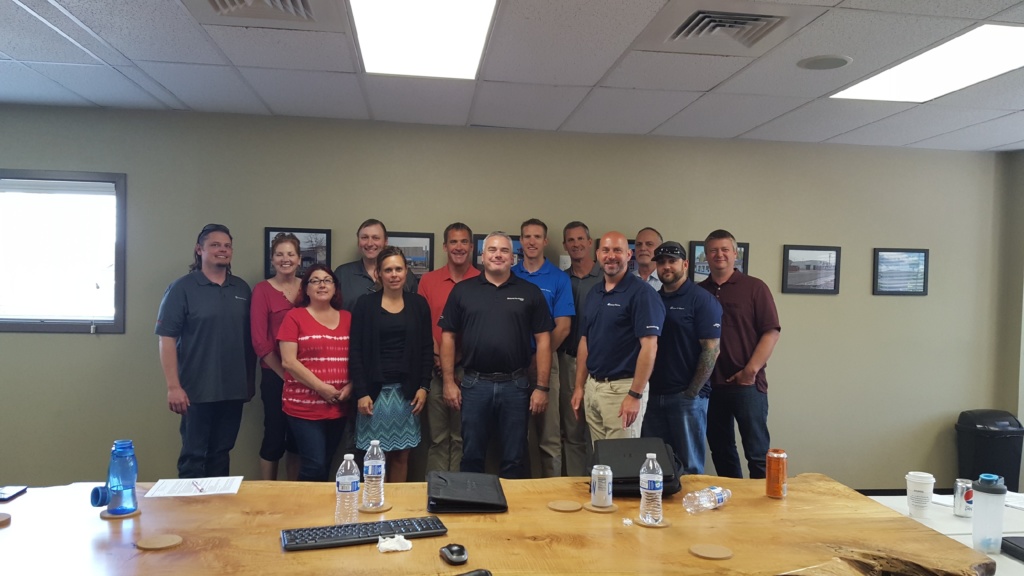 Industrial Source is led by an 14-member management team, 13 of whom are pictured.