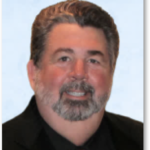 In 1965, Philip Keeler founded Aluminum Precision Products (APP). In 1992, APP acquired Catalina Cylinders. Keeler and two of his sons, Gregory and Roark, managed APP and Catalina as family-owned businesses for the next 17 years.

Philip Keeler passed away in 2009. It had been the Keeler family’s philosophy that the company should transition to the employees versus selling to a competitor or private equity firm, so the company immediately began transitioning to an ESOP. In 2015, to better align the business with the interests of the employees (90 in California and 160 in Virginia), Catalina split off as its own entity, and the APP and Catalina ESOP plans were separated by company. 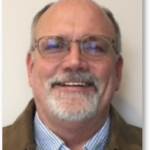 Approximately one-third of the business is in the ESOP trust, owned on behalf of the employees. The balance is owned through the Keeler Family Trust headed by the second-generation Keeler brothers. Because the two businesses run autonomously, their ESOP valuations are done separately, which dictates both the ESOP value and the plan retirement value.

Catalina is in the process of establishing a communications committee composed of key employees from several operational areas. The idea is to have them available to their peers to provide information, answer questions and create a feedback funnel. The company’s human resources department is heavily involved in employee communication. The company HR department and the ESOP administrator’s call-in service respond to employee calls regarding statements.

More resources are being dedicated to communicating about the plan and its value these days, Silva says. “Employees are becoming more aware of the plan, and as we show them personally what it means, that helps morale and it helps productivity. You need to show how the ESOP value is determined by the value of the company and how employee performance can make a difference. We look at this as an investment in our employees. To get the best return on that investment, communication is key.” 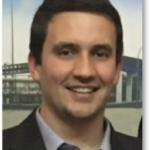 The company has experienced boosts in revenues, productivity and positive attitude about the ESOP the past several years, Silva says. “It’s hard to say that the ESOP is directly responsible; it might be a stretch to put all the credit on it. However, we have seen productivity gains and a positive attitude around the ESOP. The employees have an ownership stake in the business and what they put in, they get out.”

For companies considering becoming an ESOP, it pays to do your research when putting the professionals in place who will support the plan, Silva emphasizes. He suggests “doing your due diligence” when picking a third-party administrator, trustee, attorney and certified public accountant. This due diligence “can make all the difference; it’s important to find people who will go the extra mile to ensure the plan works and is compliant. A lot of ESOP seminars will tell you that it’s not a question of if the Department of Labor will come in and audit you, but when. So, you need to be ready for that.”