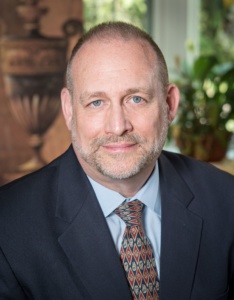 CPV Manufacturing has named Jay H. Loomis as vice president of sales, with responsibility for the expansion and development of CPV’s sales team.

“Jay’s customer-focused sales and account management style are a great fit for our leadership team,” remarked David London, CPV Manufacturing president. “His background will be significant in carrying us forward. We’re glad to have him on our team.”

Prior to joining CPV, Loomis was a national account manager at Airgas USA, where, as a Single Point of Contact, he maintained and nurtured customer relationships on a national level. Loomis’ sales and account management experience span three decades.

He earned a bachelor’s degree in chemical engineering from Carnegie Mellon University.

In addition, the company has named Robert Cardona as director of engineering. In that post, Cardona is responsible for managing the engineering team and for overseeing all engineering projects, according to CPV President London.

“We’re thrilled to have Robert join our team. With his strong leadership skills, innovative approach to product design and can-do attitude, he’ll be instrumental in the invention and design of new products at CPV,” London notes. 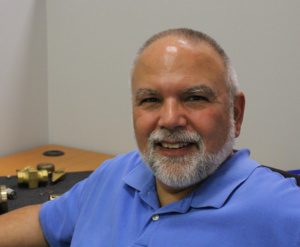 Cardona has more than 32 years of experience in manufacturing environments. He most recently served as a senior engineer at Productive Plastics. Prior to that, he was at Smart-Hose Technologies, where he also worked as a senior engineer. Cardona holds four patents and played a significant role in the design of systems and components for the Aegis Radar System. He earned his bachelor’s degree in mechanical engineering from Drexel University and served in both the U.S. Army and the U.S. Air Force Civil Air Patrol.

While Indiana Oxygen has been serving western Ohio for decades from its Cincinnati location, the new branch cements its commitment to the Dayton community, according to Walter Brant, chief executive officer.

“My grandfather originally partnered with two businessmen from Ohio, so this move is really building on our roots,” says Brant. “We’re committed to this community. Our new fill plant in Ohio will provide products for the Dayton market. Manufacturing our product locally allows our customers the flexibility to compete and thrive in today’s business world.” Brant says the company did not move into Dayton simply to fuel expansion. “We came to Dayton because we felt that there was no one left in that market who shared a similar outlook on business. We have the capabilities to handle any size job, but we’re agile enough to care about every job.”

Started in 1915, Indiana Oxygen is a fourth-generation family owned and operated company and the oldest gas and welding supply distributor in North America. The company serves a five-state region with 12 branches in Indiana and western Ohio.

Airgas, an Air Liquide company and supplier of industrial gases, pledged to continue its support of Operation Homefront, a non-profit organization that supports military families.

“We’re proud to support military families within Airgas and in the communities in which we operate,” commented Airgas Chief Operations Officer Andy Cichocki. “We hope our continued financial support and employee engagement will help Operation Homefront provide vital aid to military families during stressful times.”

“We are thrilled to celebrate a decade of working closely with Airgas and its employees to meet the needs of our military families who are struggling to make ends meet,” added President and CEO of Operation Homefront Brig. Gen. (ret.) John I. Pray Jr. “We are deeply grateful for their continued commitment to care for those who have served all of us and look forward to many more years of working together to help this very special and deserving group of our fellow Americans have an opportunity to thrive in the communities they have worked so hard to protect.” 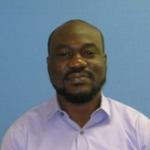 Emmanuel Ode joins Norris Cylinder as the new product and compliance engineer. Emmanuel has extensive experience as a senior engineer with Praxair where he worked on plant and cold box designs. His vast experience with pressure vessel design codes, regulations and product compliance will help drive the successful launch of new cylinders and streamline existing products and processes. Emmanuel has a Bachelor of Science degree in Metallurgical and Materials Engineering from Obafemi Awolowo University (Nigeria) and a Master of Science in Mechanical Engineering from the University of Mississippi.

Ulusan Ibrahim Yenisehirli joins the Engineering team as the manufacturing engineer. Ibrahim comes to Norris Cylinder from Metal Research Inc. where he served as the application engineer, developing and improving Mori Seiki CNC machining capabilities of parts and prototypes for NASA and other government agencies.  He brings over 25 years of experience as a manufacturing engineer, and will be instrumental in directing, managing, and improving the quality of processes and products at Norris Cylinder.

Ibrahim has a Bachelor of Science in Mechanical Engineering, from Middle East Technical University, and MBA from the University of Huntsville in Alabama.

“With the new talent coming on board, we are well positioned to further expand our partnerships with key customers in joint product development projects and support the overall industry as a whole,” said Sally Mitchell, Vice President of Engineering. “And as the Norris Cylinder family grows so does our commitment to manufacturing innovative and quality products.” 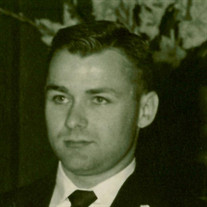 He was united in marriage to Sandra Falt at Holy Family Catholic Church on September 12, 1959.  This union would be blessed with three children, Cynthia, Paul and Doug.

Loren was president and CEO of Huber Supply Co. in Mason City.

He enjoyed telling jokes and spending time with family and friends.  Most importantly, he loved the Lord.

He is preceded in death by his parents; wife; brother, Jim Huber and best friend, Larry Lee.

A special thank you to Muse Norris Hospice Inpatient Unit for the exceptional care provided to Loren.

Memorial donations may be made to Faith Baptist Church. Condolences may be shared with Loren’s family at www.colonialchapels.com.