In 1944, Lawrence Amzy Morgan purchased the Brian Battie Company, a soda fountain service company, established in 1909, that distributed carbon dioxide gas and fountain syrup to drug stores, restaurants and taverns. In 1946, Morgan changed the company name to City Carbonic Sales & Service and incorporated the company in 1964.

For the next 53 years, City Carbonic continued to focus on the food service industry, distributing CO2 in high-pressure cylinders that needed to be requalified for continued service every five years. As this became cost-prohibitive with their current vendor, City Carbonic invested in the equipment to provide its own in-house requalification, installing its first Galiso hydro test equipment in 1982 and becoming a DOT approved facility.

In the early 1980s, City Carbonic brought a new method of delivery of CO2 to Oklahoma: the mini-bulk system. As the company continued to grow, its footprint expanded beyond Oklahoma to include Texas, Arkansas, Missouri and Kansas, all from its central location in Oklahoma City.

In 1997, the company sold the majority of its delivery assets and customer accounts/contracts to NuCo2, a nationwide company specializing in the delivery of mini-bulk carbon dioxide gas. The company reinvested those proceeds from the sale into a new state of the art requalification facility specializing in sales and service of compressed gas cylinders.

In 2001, Amy Morgan Bruecks became the president of City Carbonic, which is now in its third generation of ownership.

“We’ve been in the gas business for 110 years and this company has been in my family for the past 75 years,” says Bruecks. “Nothing makes me prouder than being able to participate in such a rich history in our industry.”

Today, the company continues its evolution.

“As a result of the legalization of medical cannabis in 2019, we are back in the CO2 distribution market and set to grow exponentially this year,” Bruecks says. “We are utilizing telemetry, tracking software and technology to more efficiently service our customers.”

As Bruecks forecasts the next ten years, she expects that the fourth generation of family-ownership will be well established and ready to take the reins as the company sets sail on its next 110 years. 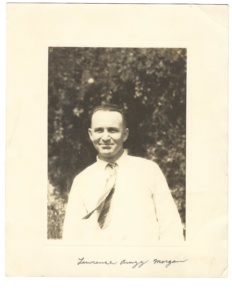 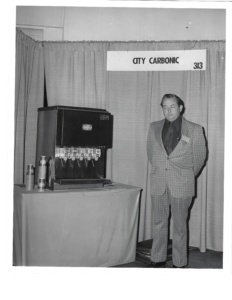