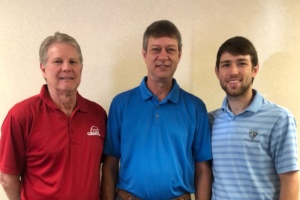 While Tekno Valves North America incorporated in 2009, Greg Leumas and Jim Guitreau actually began selling Tekno Valves products in North America four years earlier. Guitreau and Leumas were working together at another company that sold chlorine valves when they met a Tekno Valves representative at a Chlorine Institute Meeting.

“We started talking to them about representing their product in North America,” says Leumas, president of Tekno Valves North America. “We began selling the product in 2005.”

Four years later, the company that they had been working for was being sold and Leumas and Guitreau decided to strike out on their own.

“Tekno said to us, ‘If you start your own company, would you represent the line in North America?’” Leumas says. “It was a scary venture, because neither of us had ever owned our own business. But in 2009, we decided to go into business ourselves and represent Tekno Valves.”

Guitreau and Leumas had built a list of clients from the previous four years but now had to go through the process of starting a new business from scratch.

“The nice part was that we had already generated quite a bit of sales, so we had an idea of what the profits could be,” Leumas says. “That was enough to get the ball rolling.”

Ten years later, the company is completely debt-free and has continually grown. The company plans to move into a new office/warehouse in 2020 that will enable continued growth in inventory and product offerings that will take Tekno Valves North America into the future.

“The cylinder valve market in North America is huge,” Leumas says. “Over the next several years, we hope to become a primary player in that market. I feel the growth curve is going to be very steep.” 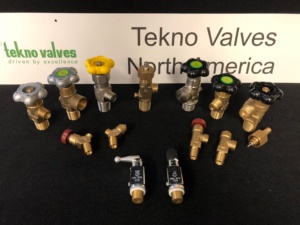 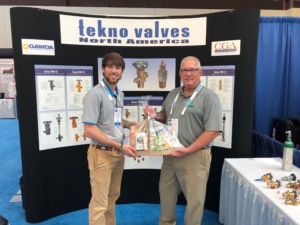