This year is a milestone year for GAWDA as we celebrate our 75th Anniversary. Throughout 2020, we will be celebrating our roots, all while looking forward to ensuring that the next 75 years are as productive and impactful as the first. In the 1st Quarter 2020 issue of Welding & Gases Today, we ran a “Trip Down Memory Lane” 75 Years of GAWDA timeline on pages 50 and 51. In this issue, as we preview this year’s new and improved SMC, we look back on fun SMC moments from throughout our history on page 44. We also have made apparel with the GAWDA 75 Logo on it available for sale. See more information on page 42. But for this article, we thought it was important to see where we came from. The following is an excerpt about the formation of the National Welding Supply Association (NWSA), which would later become GAWDA. It is from the definitive book on the history of GAWDA, The Road to Dayton. If you are interested in reading more of The Road to Dayton, copies are available for purchase in the GAWDA.org Members-Only Section.

The Start of Something Big

Historians refer to 1945 as “The Year that Changed the World.” The Second World War had ended after the defeat of Hitler’s Third Reich in May, followed by the surrender of Japan in August. During the years leading up to the Second World War, manufacturing was in overdrive for the war effort.

When the war ended and victory was declared, returning U.S. veterans helped propel an idealism and optimism that we could do anything. And we could.

The economy began a slow ascent, due in part to the end of the war and the consumer confidence that came with it. The G.I. Bill helped returning soldiers learn new skills that would help them step up the ladder…and with this often came a move to a bigger house in the suburbs, which required home goods, a car and other essentials. The building of new roads under the Federal Aid Highway Act to get these new cars from the city to the suburbs brought new jobs…and a large need for welding equipment and supplies.

The world was changing. Perhaps it was from this newness, this optimism and confidence that as a country we could overcome challenges and not only survive, but thrive, that propelled a small group of welding supply distributors to take on their biggest challenge – the loss of sales and money.

In retrospect, 1945 was a year that changed not only the world, but one very essential piece of it – the gases and welding industry.

The manufacturers’ penchant for independently establishing pricing and terms, with little regard for the distribution channel, was creating a hostile environment in which each viewed the other with suspicion. Many manufacturers were selling direct to customers, bypassing distributors as the exclusive medium through which products should be sold. Some were private-branding their products. Other manufacturers required that once a distributor established the account, that account would revert back to the manufacturer on a direct basis. Some manufacturers were referring to distributors as “welding specialty houses” and classifying them as “dealers” while granting distributorships to wholesale hardware and mill supply houses at much better terms.

Many distributors felt pressured and began talking about forming an organization. They believed it could strengthen their role in the industry and address the growing hostility between suppliers and the distribution channel. But it was Herbert Weiler of Weiler Welding Company in Dayton, Ohio, who walked the talk. Weiler, a distributor of gas equipment and supplies, was unhappy with some of his manufacturers’ requirements. Weiler’s office had a large window that faced the front doors of the Dayton Electric Company (Delco), which manufactured parts for General Motors. After the manufacturers’ reps and salesmen left his office with an agreement that Weiler would sell their products, he watched them cross the street and sell directly to Delco. He had enough! He felt that a distributor association would foster dialogue with manufacturers and encourage the beginning of a fresh relationship. Herbert Weiler put his heart into laying the groundwork for a distributor association.

During the summer if 1945, Herbert Weiler met in his office with manufacturer’s representative George H. Ohmer, whose own office was housed in Weiler’s building. The two discussed how an association of like-minded distributors would benefit the industry. That same day, Weiler received a surprise visit from his friend Vaughn Stacey Rice of Virginia Welding Supply Company in Charleston, West Virginia. Rice jumped into the conversation, agreeing that an association was sorely needed. Shortly after, Ed Caluwaert of O.K.I. Welding Supply Co. in Cincinnati became part of the discussions, which intensified over the next few months. The four turned their frustrations into passion for bettering the gases and welding industry. 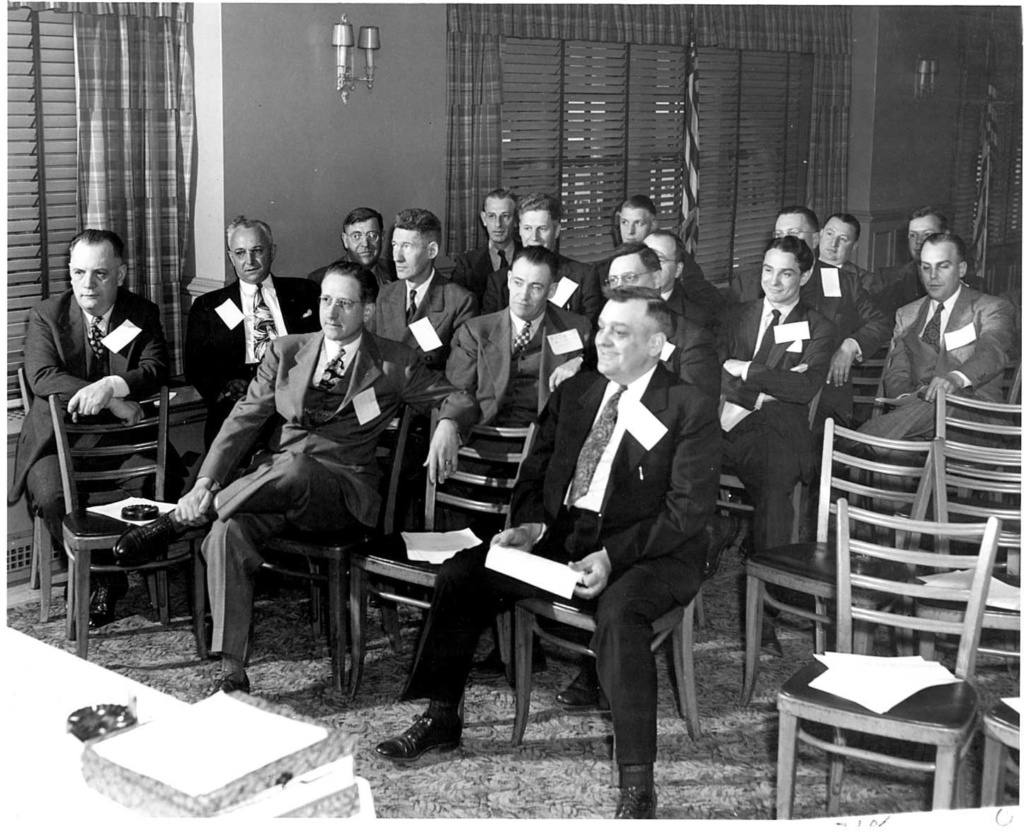 The first official charter meeting of the NWSA was held on November 13, 1945 at the Hotel Van Cleve in Dayton, Ohio. Attendees included: