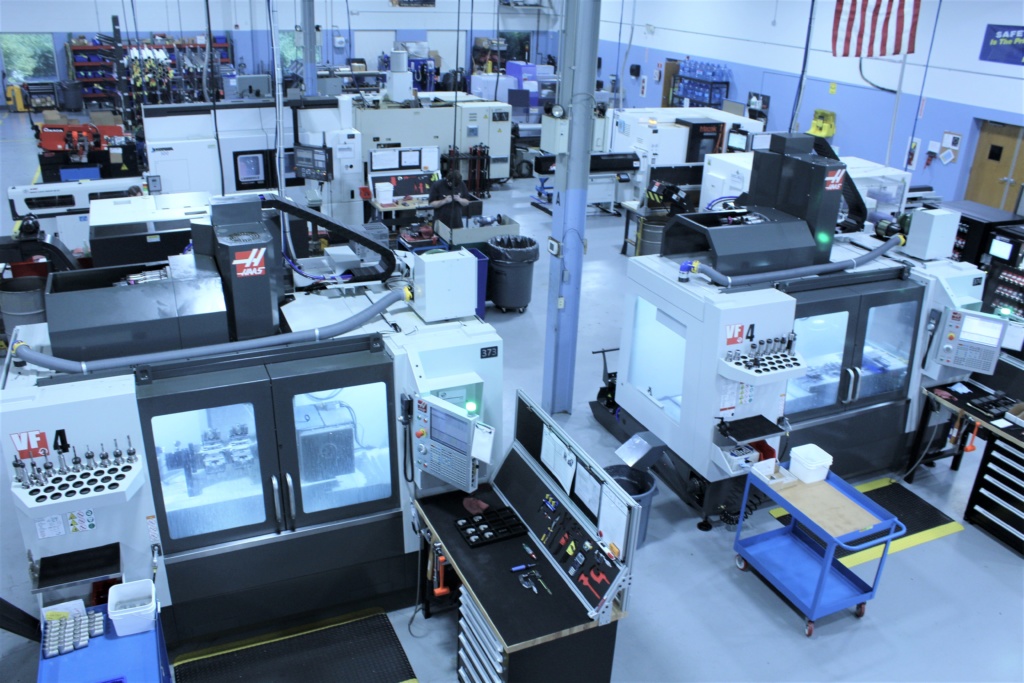 The CPV story is built on the enterprise of a farmer turned machinist – whose tradition of quality and craftsmanship remains the cornerstone in meeting the challenges of modern technology. In 1915, Isaiah G. Engle, a Pennsylvania Dutch farmer who had become a skilled machinist, started his own one-man business – manufacturing replacement valves for steam-driven reciprocating pumps. When centrifugal pumps came on stream, CPV pump valves were encased and transformed into silent check valves. To meet the need, CPV developed a unique line of soft-seated valves flat-faced O-ring sealed fittings known worldwide as the O-SEAL® SYSTEM. A full line of Mark VIII® tube size fittings evolved, as well as a line of tube size valves with a choice of end connections.

Isaiah was pretty much a one-man show thru the 1920s. In the early-30s, his son, Warren, a Wharton School graduate, joined the firm and established the business procedures that helped CPV survive the Great Depression.

The company became a nationally recognized supplier of valves and fittings for high pressure liquid and gas service meeting the needs of a much larger customer than Isaiah would have imagined in his wildest dreams – the U.S. Navy. That part of the business was spearheaded largely by his two grandsons, Robert and Calvin Engle. Bob Engle, after graduating from Penn State with a degree in mechanical engineering, joined the company as a machinist in 1951. Upon graduating from Temple University in 1953, Calvin came aboard and contributed to CPV’s growth until his untimely death in 1981.

“In order to meet Navy specifications, we had to test every component. You simply couldn’t ask a man in the shop who had been working all day to pull up on one of these flares; it was too physical. So, we developed a test stand using O-rings which allowed components to be assembled and disassembled very easily. This was really the beginning of the O-SEAL® SYSTEM; you could change the test connections and put them back together again, hand-tight,” said Bob Engle.

The company also increased its investment in people by adding talented personnel in sales, engineering, administrative and manufacturing positions. George Bonadio joined CPV in 1960 after graduating from Drexel University. In 1979, the fourth generation of the Engle family became represented by Tom Engle, who had previously served as Production Manager and today serves as Quality Manager. Today, the company employs 50 full-time employees.

In recent years, CPV Manufacturing has reinvested millions of dollars into updating its manufacturing facility, replacing old and outdated equipment. Now, the company has a modern state-of-the-art facility, which has significantly increased its capacity.

“We are a global company and service a multitude of verticals. Over the past few years we’ve seen on average 20% organic growth and with continued innovation and concentrating on emerging markets as we have, I would anticipate similar growth year over year along with looking at acquisitions that compliment what we do and the markets we serve,” said CPV President and CEO David S. London.

Today, CPV Manufacturing is recognized around the world as the producer of high-pressure valves and fittings. Isaiah Engle’s legacy of perseverance and dedication to quality is bearing abundant fruit. 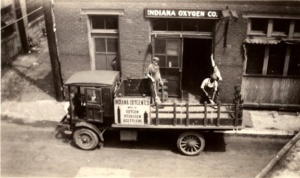 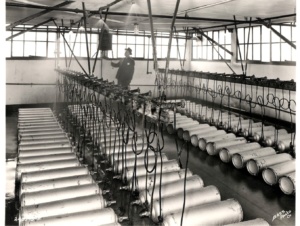 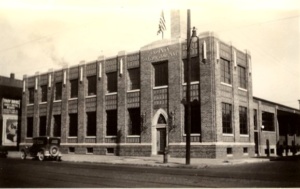 Indiana Oxygen was founded in 1915 by Walter and John Brant. It was the first Oxygen/Hydrogen company in Indiana. Prior to starting Indiana Oxygen, the two brothers had previously owned Brant Brothers’ Automobile Agency. However, the business was interrupted by World War I. Walter had an electrical engineering degree from Purdue University, and in 1915, he set up the first electrolytic separation plant in Indianapolis, where they split water molecules into gaseous oxygen and hydrogen. Thus, the idea for Indiana Oxygen was born.

By 1930, the company’s demands had outgrown the production capacity from the original electrolytic plant, so Indiana Oxygen built an Air Separation Plant and continued to produce its own liquid gases until 1960, when it became more cost-efficient to install bulk liquid vessels and purchase liquids from the majors.

“Indiana Oxygen has grown by developing great relationships and strategic partnerships with key suppliers in the industry,” says President Gary Halter. “We have also expanded our footprint over the last 20 years through acquisitions and multiple scratch starts in markets that needed a distributor who focused on the customer and provided what we hope is excellent service.  We also started our e-commerce business in 2000, which helped us grow significantly, and, lastly, we work very hard to hire good, quality people who have good work ethic and want to be part of a teamwork approach to business and the customers.”

More than 100 years since Walter and John started the company, Indiana Oxygen today encompasses 15 locations, 13 retail stores, and 150 full-time employees, all of whom have continued to earn a full-time salary with no cuts in rates or benefits during the COVID-19 pandemic.

“Fifty years ago, there were many more independent distributors in the industry,” says CEO Wally Brant. “Now, a lot of them have been acquired. We are proud that Indiana Oxygen started as a gas producer/distributor from day one. We did not start as a hardware or other kind of business that later adopted welding supplies and gas to its inventory.”

The company has not only managed to grow and evolve its core competencies over the course of 105 years, it still maintains one of its original 1915 customers all the way through to this day: The Indianapolis Motor Speedway, home of the Indy 500.

Though many of the core tenets remain, Indiana Oxygen has stayed at the forefront of the digital revolution, adapting with the times to continue to serve the customer.

“The biggest impact on our industry has been the computer and Internet, including online shopping (B2B and B2C).  Although the entry costs into an efficient and successful e-commerce platform was extremely expensive, and, at the time outside our core competencies, it has been worth the investment to keep us on the leading edge of trends and technology,” says Brant.

Adds Halter, “Today’s buyer, because of those technologies, is much more educated on the products they are buying. That means that our sales team, both inside and outside, must also be educated and trained properly to work with the new age of technology preferred by today’s buyer.”

Looking ahead, Brant anticipates Indiana Oxygen will remain a strong regional player, in retail distribution, wholesale gases and e-commerce sales and service. He does not anticipate the need to be part of an independent conglomerate to survive in the market.

Says Brant, “We are proud of our 105 years of growth. Any company should experience equal pride in reaching the 40-year mark! After 40 years, the company has indicated it is here for the long run; it usually has a 2nd or 3rd generation involved, it has a succession plan, and is not for sale; they have found a way to survive and will be around as long as they wish!”