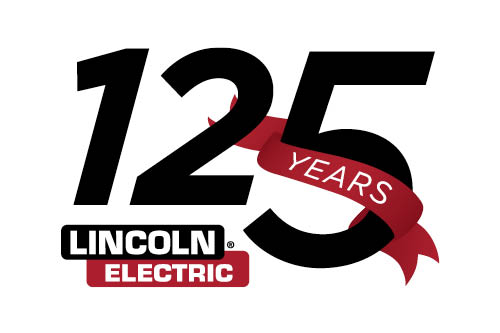 125 years ago, a young electrical engineer by the name of John Cromwell Lincoln founded the Lincoln Electric Company on December 5, 1895, in Cleveland, Ohio. Lincoln invested $200 to develop his unique, direct current electric motor for industrial applications. What started as a spark of ingenuity flickered and gained momentum and the company has grown to become one of the most widely recognized and successful brands in the entire world today.

John C. Lincoln and his brother and co-founder, James F. Lincoln, who joined John in 1907, continued to innovate, and in 1911 had invented and launched their first variable voltage arc welder, an innovation that catapulted Lincoln into a new technology and industry that it still serves today.

Each founding brother shaped the organization and left a distinct legacy that continues to define the Lincoln Culture, even more than a century later. With the industry’s leading team of experts and most comprehensive portfolio of solutions, Lincoln continues to advance innovation and deliver measurable value to its customers and their operations.

While the company has grown by leaps and bounds from its initial $200 investment, it is still governed by the same guiding principles that the Lincoln Brothers set forth in 1895. It operates on “The Golden Rule,” and all Lincoln employees share a purpose of “operating by a higher standard to build a better world.”

The Lincoln Electric Welding School, which continues to provide industry-leading education and training, was launched in the lead-up to World War I, at the behest of the United States Army, which had requested welding training for the troops.

The company was built on the innovation and foresight of two brothers and those core tenets remain in the company’s management today. Lincoln Electric has spent more than a century innovating and evolving and has set the stage for the next 125 years of continued growth and prosperity for both the company and the industry.

“With 125 years of industry leadership, Lincoln Electric is better positioned than ever before,” says Chris Mapes, Chairman, President & Chief Executive Officer. “Known as ‘The Welding Experts’ around the globe, the company remains at the forefront of technology, guided by the Golden Rule and committed to operating by a higher standard to build a better world.”