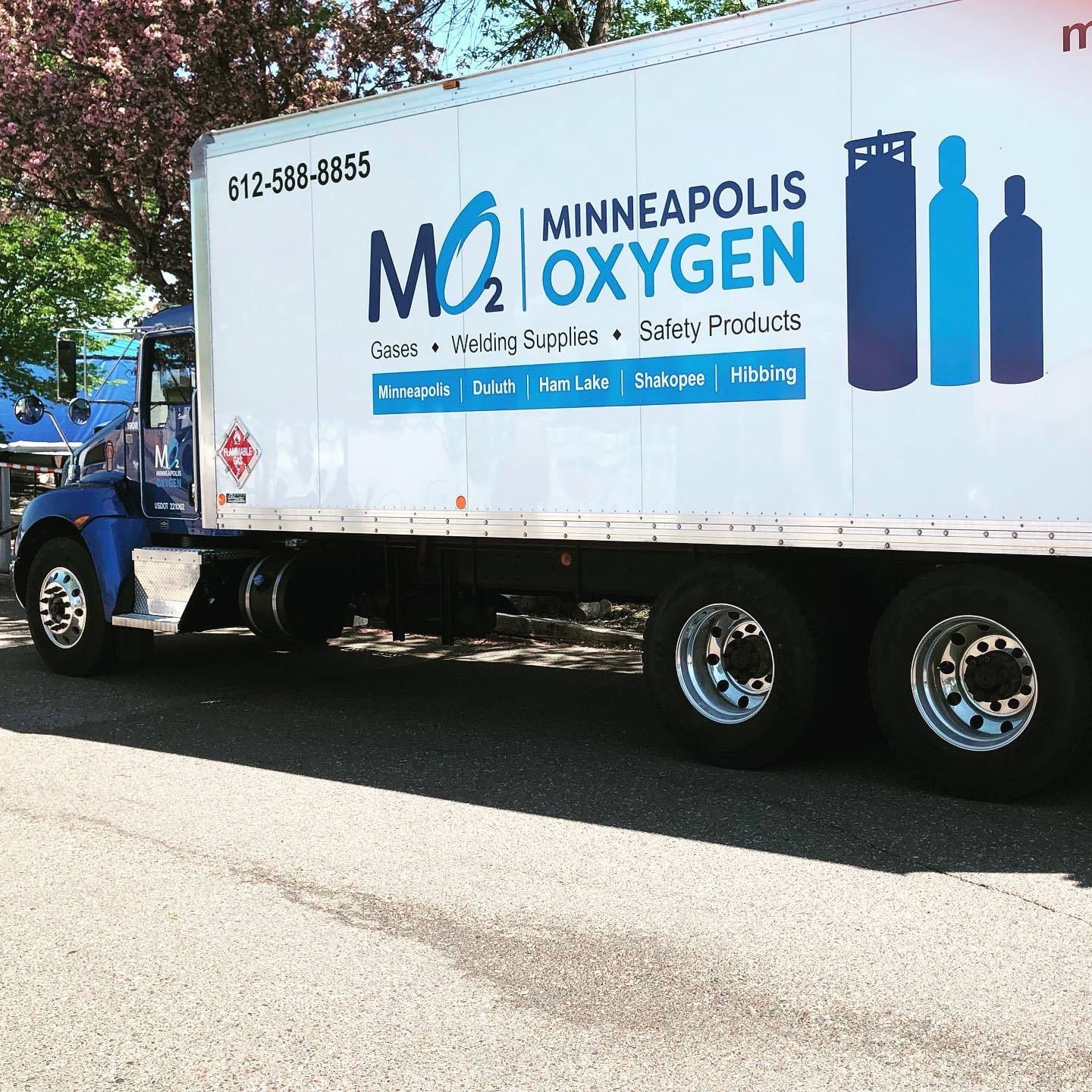 Minneapolis Oxygen was founded in 1946 by Henry Sahley. Henry was a former salesperson for National Cylinder Gas who decided to venture out on his own with one location and three employees. At the same time that Henry was getting Minneapolis Oxygen off the ground, about 100 miles south, Sid Falconer was beginning his career at Huber Welding Supply in Iowa.

Eventually, Sid decided to move to Minneapolis, so, after a brief detour at a propane company in the Twin Cities, Sid eventually began to work with Henry Sahley and Minneapolis Oxygen. Three generations later, the Falconers are still involved with the company, as Sid’s grandson, Kevin Falconer, is the company’s current president.

After working in sales for Minneapolis Oxygen for some time, Sid approached a friend that he had met during World War II about partnering to purchase the company from Henry.

“My grandfather had a hunting buddy named Marv Anderson, who owned a well-known construction company in Bloomington, Minnesota,” Kevin explains. “He borrowed some money from Marv to purchase the company from Henry.”

However, Henry didn’t simply take the money and ride off into the sunset. He stayed with the company and he and Sid simply flip-flopped roles. Sid moved from sales to ownership, while Henry moved from ownership to sales. The transaction happened in 1961 and the Falconers have owned the business ever since.

During Sid’s time as President of Minneapolis Oxygen, the company grew to include 12 employees.

“I think most of our growth can be attributed to the natural, organic health of our customer base,” Kevin says.

The company has also completed several smaller acquisitions in its history. When Sid initially purchased the business, the company bought out Minnesota Welding Supply.

“Minneapolis Oxygen moved around from building to building,” says Kevin. “First in Bloomington, which was our main hub, and then on to locations in Minneapolis and beyond.”

In 1999, MO2 acquired a small reseller in Duluth, Minnesota, about 2.5 hours north of Minneapolis. And in 2016, the company acquired another two-person operation in Hibbing, Minnesota, bringing the company to its current five locations.

“That’s how we gained the Stoody and Hypertherm lines: Strictly through acquisitions,” Kevin says.

One of the company’s trademarks over three-quarters of a century has been its loyalty. Loyalty to its employees, to its customers, and even to its suppliers.

“We’ve been an Airco/BOC/Linde/Messer distributor since the beginning,” Kevin notes. “When Henry owned the company, we were an Airco distributor. And so, we’ve been a loyal Airco distributor throughout our history. They helped us put in our first spec gas fill line in 1985, an Airco fill system. And we’re still using one of those panels today in our fill plant.”

In 1983, Mark became President of the company and served in that position until 2020. Kevin took over as President in March of 2020.

Upon becoming President, Kevin saw the opportunity to reorganize the company to set it up for continued success over the next 75 years.

“We’ve always been a company focused on our employees and customers,” Kevin says. “Growth at all costs has never been a focus of Minneapolis Oxygen. It has always been about providing a prosperous working environment to advance and care for our employees and supply our customers with the best products we can in a timely manner.”

“Those three were kind of our triangle of authority at Minneapolis Oxygen for more than 35 years, and they all left within five years of each other” Kevin says. “This created a unique opportunity for us. When a lot of collective experience walks out the door, it challenges us to assess where we are as an organization. And, from that reflection, to effect changes that can move us in new, essential, and exciting directions..”

To that end, Falconer has begun implementing an EOS Traction Model for the company to follow.

“We’ve never had a mission statement or posted company values,” he says. “This process has been uncharted territory for us, but it’s yielded a newfound clarity and strong connection to our purpose: We exist to provide a thriving work environment and ease the load for our customers, working steadily in the background to provide technical support and practical solutions.””

Though the company has never had official “values” before Kevin took over as president, the company noticed that its top-performing employees all had several traits in common. So, in coming up with the mission statement and values that would be implemented company-wide, they used those shared traits as a guidepost.

“When we reviewed our history as a company, we identified themes in the traits that many of our long-term, really high-performing employees embodied,” Kevin says. “These formed the basis for our core values, which we’ve begun implementing in key ways as a team.”

Value two – Have a Sense of Urgency

“Our goal is a sense of urgency with clarity,” Kevin says. “You must be clear on your role, what you’re responsible for delivering, and what the vendor, coworker, or customer expects of you.”

Value three – Do the Right Thing

A key focus of Minneapolis Oxygen’s reorganization has been adapting to meet the evolving needs of its customer base.

“Our customers are more informed today than ever before,” Kevin notes. “Information is at their fingertips. This means changing the way we sell.”

He continues, “Rather than talking, it’s even more vital today that we listen and understand. Often, it’s not access to products that customers are missing, but rather how those products are delivered. So, it’s about looking for those intangible pieces we can bring to the customer. Things that don’t show up on a delivery ticket or rental invoice. As an industry, we’re all selling gas, we’re all selling welders, we’re all selling wire. To prove our worth as a company, we now have to prove ourselves in some of those softer sciences like customer experience.”

And, once you’ve heard and understood what the problem is, the question becomes, can you do something to fix it?

“Are you a nimble enough company to make those changes?” Kevin asks. “Or are you set in your ways and unwilling to make any kind of shift in sales. ‘This is how we’ve always done it’ simply isn’t going to cut it any longer. As a small company, our nimbleness is an asset. We can form genuine connections and leverage the expertise of our partners…, I think, more nimble and do the softer things better.”

Minneapolis Oxygen recently revamped its website. It’s a sleek repository of great information for the company’s customers to access.

“But what we didn’t do, which was purposeful, was focus the website on B2C business,” Kevin says. “Our goal, when we did the website, was to inform and to bring certain topics in our industry to light. But we are learning, through customer and non-customer feedback that they’d like the opportunity to buy from our website as well.”

“Since I took over as President, I’ve treated this as an opportunity to reinvent MO2 for the next 75 years,” says Kevin. “We’re proud of our history as a company and we aim to ensure the next 75 years are more successful than ever.”

In 2018, Minneapolis Oxygen was involved in the formation of Absolute Air, which will be online at the end of 2021.

“This will create opportunities for us that we’ve never had,” Kevin says. “So, in the next five years, I see us growing in our offerings to customers. Whether it’s a more integrated automation offering, or increased bulk options.”

Another goal for the company is to implement a company internship program.

“I want to have an internship program in several areas of our company,” Kevin says. “We just hired our first HR person in 75 years. And one of the key attributes I hired for was experience implementing an internship program. We want the younger generation to experience a taste of this business, of the trades. I consider it our obligation– on behalf of our customers, the trade schools we do business with, and our industry as a whole– to show the next generation that these are viable career options.”

To commemorate the company’s 75th anniversary, MO2 is planning an open house customer appreciation event for the Fall. It also unveiled a new company logo in 2020. It is just one more example of a company that is celebrating its history with an eye firmly on the future. 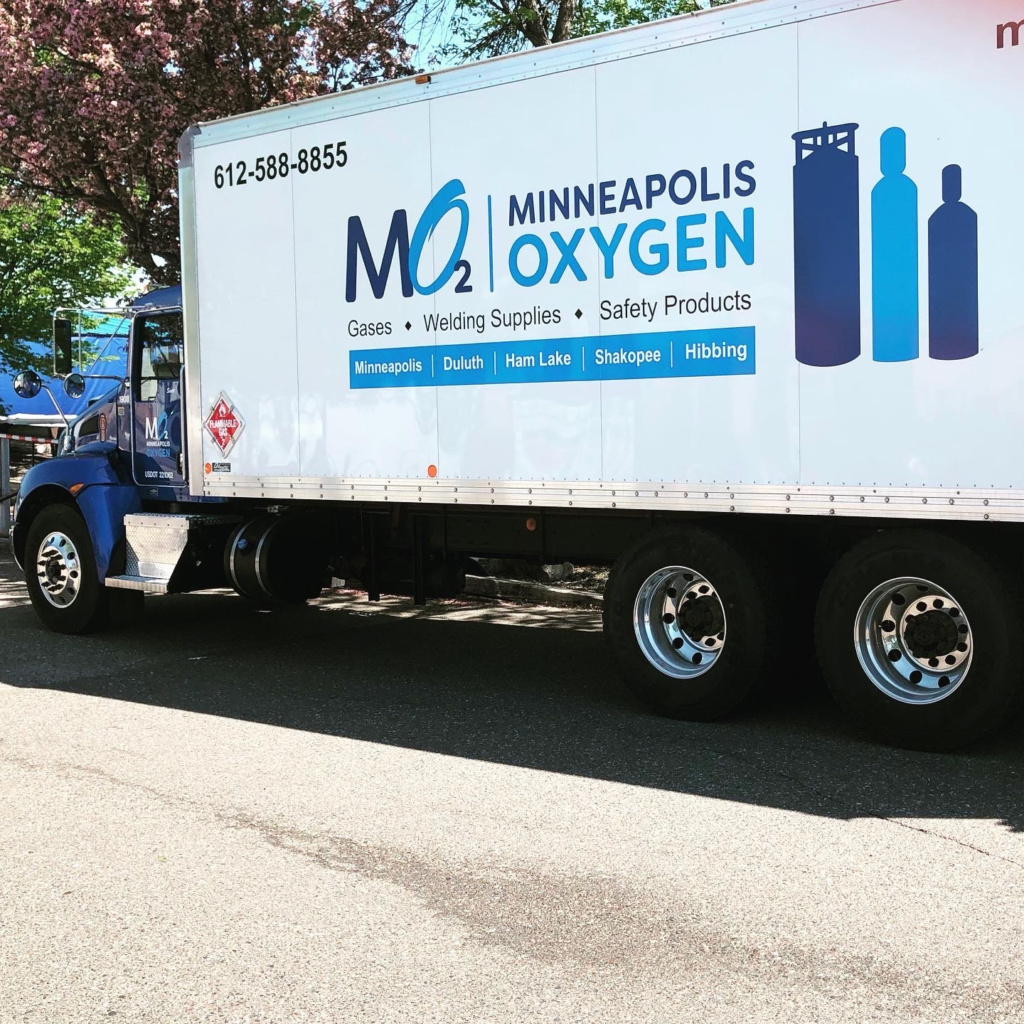 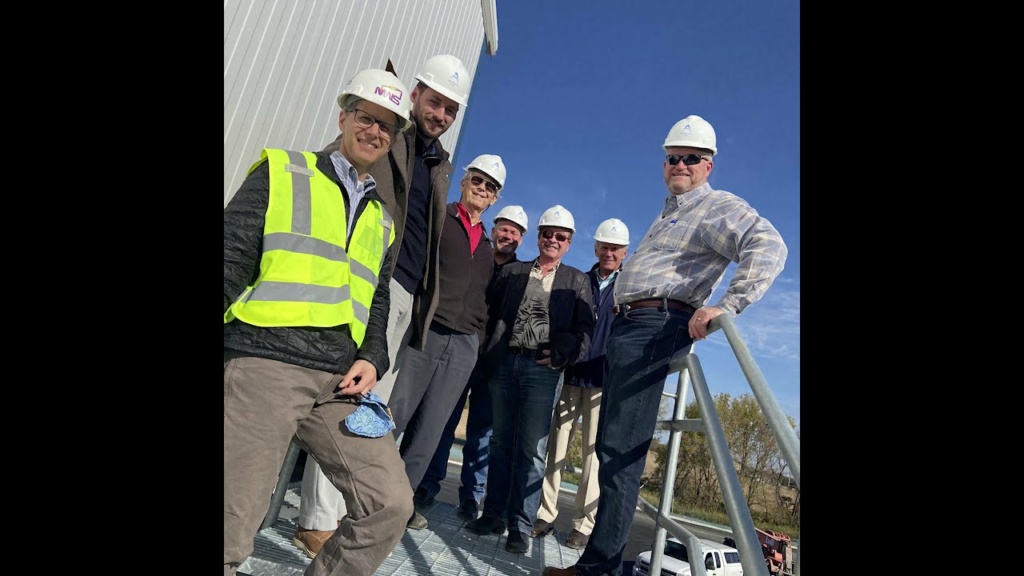 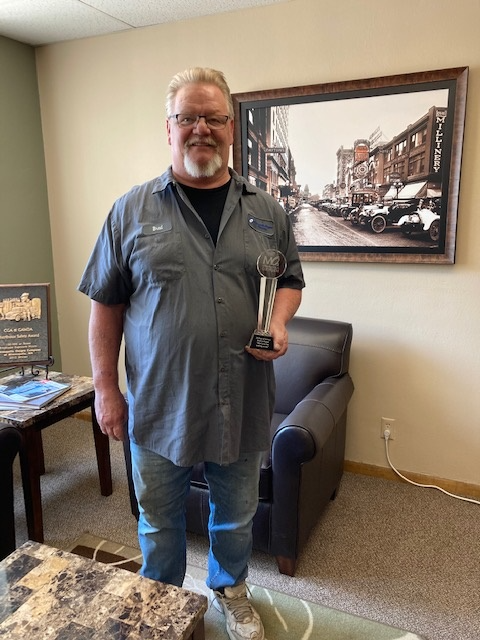 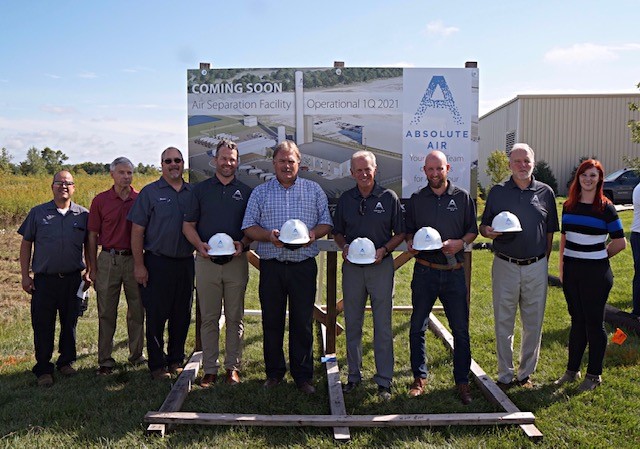 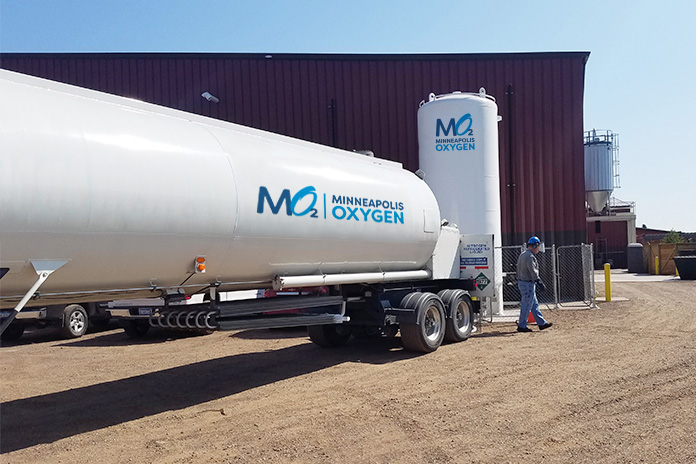 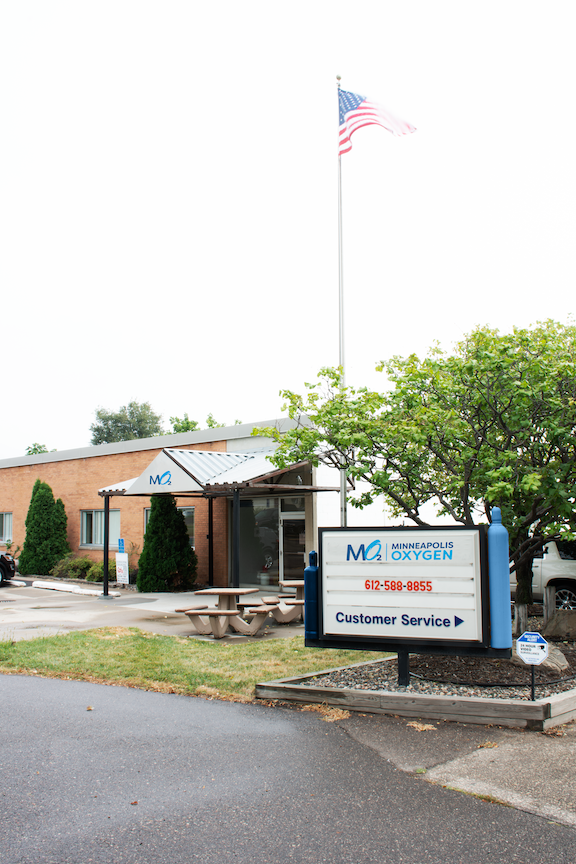 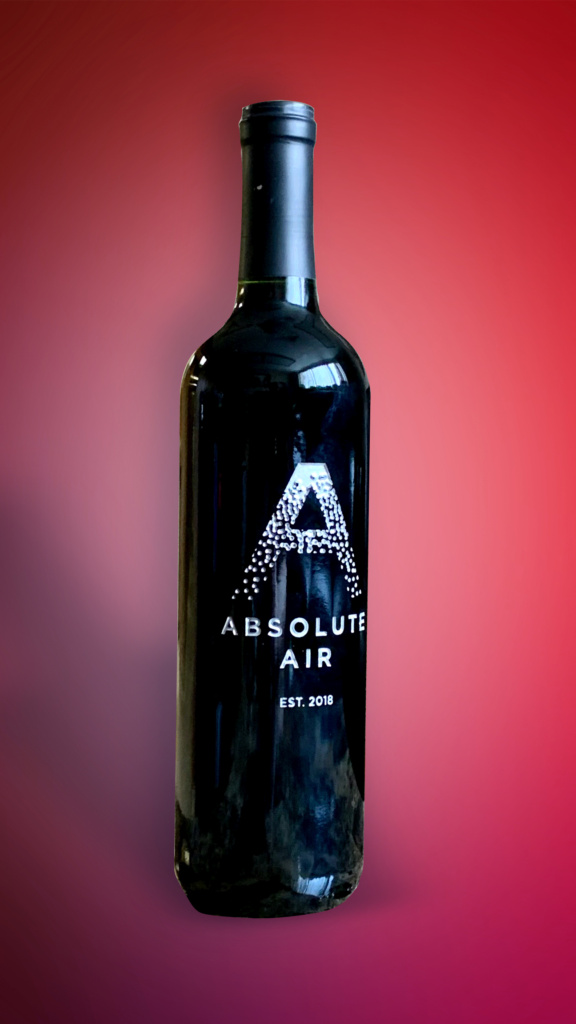