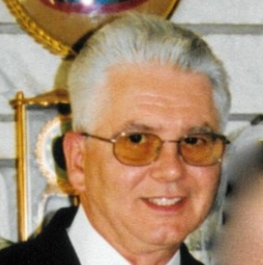 Michael D. Mahoney, 68, passed away on Sunday, July 14, 2019 at his residence, surrounded by his loving family. Born in Troy, New York, he was a lifelong Waterford resident and the son of the late Joseph B. and Marie LeCuyer Mahoney.

Mike was employed for 20 years at Noble Gas Solutions in Albany, New York, and retired in 2009. Prior to that, he operated the Cloverleaf Tavern in Mechanicville. He had also been a bus driver with the Waterford Senior Citizens. He was a veteran of the US Army and served as Grand Marshall of the 2019 Waterford Memorial Day Parade.

Mike was a communicant of St. Mary of the Assumption Church in Waterford and member of the former Camps Bowling League, a former member of Knickerbocker Steamer Co. #1 and the Waterford Bocce League. He was a member of the Texas Hold’em group at the Waterford Senior Citizens. He was a sports enthusiast, was a New York Mets fan and loved horse racing.

Survivors include his children Mikalia Vannucci (Tom), Felica Palmer (Todd) and Joseph Mahoney (Makensie Scorsone) and their mother Marilyn Piroli Mahoney all of Mechanicville. He was the proud grandfather of Leo and Dominic Vannucci, Carter, Wyatt, Ellie and Everett Palmer all of Mechanicville. He is the brother of J. Bert Mahoney (Margie), Kathleen LaMarche (George) of Waterford, J. David Mahoney (Donna) of Loudonville, Sandra Brown (Steve) of Waterford and the late Daniel Mahoney. Also surviving is his sister in law Patricia Mahoney, his longtime companion Cate A. Benardo, his dear friend Sister Mary Clare Ciulla and numerous nieces and nephews.