The IWDC is pleased to announce that effective, Monday, July 13, 2020, Vic Wilson joined the IWDC, reporting to Keith Werkley as the Southern Regional Sales Manager. In this role, he will be responsible for promoting IWDC’s value proposition to the Membership as well as driving profitable growth of our Vendor partner brands and Weldmark® brand. 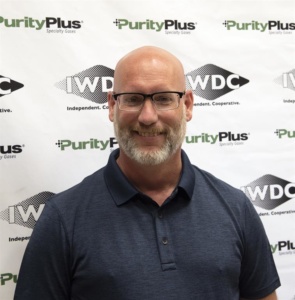 During Vic’s 27-year career he has held several positions from Inside Sales to General Manager and Shareholder of an independent welding distributor. Vic was an IWDC Member and sat on the Marketing Committee for 9 years. Vic has extensive knowledge of welding, welding supplies and gases. For the last 4 years, Vic has been working for a welding machine manufacturer as a Product Manager helping guide the company in the design and manufacturing of a new line of welders as well as doing international product sourcing.

Born in Whitehorse, Yukon Territory, Canada, Vic lived most of his life in Canada. He immigrated to the United States in 2016. Vic is an avid fan of the Vancouver Canucks and Houston Texans. He has two grown daughters that still live in Canada and he recently moved from Fort Collins, Colorado to Indianapolis.

In his spare time, Vic is a car enthusiast, likes to attend car shows and likes to hot rod cars. He also enjoys camping and being outside in nature.

The IWDC is a cooperative, formed in 1994, which leverages the strengths of its independent welding distributor members across North America. IWDC Member companies collectively represent over $2.4B in sales, serving a wide range of industries. The common denominator is that these industries look to them for industrial, specialty, and medical gases as well as related equipment, hardgoods, and consumables. End-use customers served by IWDC Members benefit from having the unparalleled expertise of a local Member distributor who has access to national-scale purchasing and marketing programs.